Posted on July 16, 2013 by thesportsarchives

The world of sports is a cauldron of emotions, which witnesses juxtaposing of one emotion after the other like laughing, crying, screaming in anger screaming in exhilaration, nerves on the edge and nerves over the edge. It has the ability to bring out a range of emotions, in a single game or in a single moment of insanity. Given below are truly bizarre moments of sports. 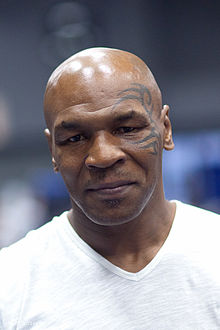 Boxers in a heavyweight championship fight are a hungry lot. But hunger was given a new meaning by Mike “Hannibal Lecter” Tyson, when he chewed off the ear of his opponent Evander Holyfield, on June 28th 1997 at the MGM Grand Garden Arena in Las Vegas. Close ups of the incident which occurred in the 3rd round, showed Tyson actually biting off a piece of Holyfield’s ear and spitting out the offending meat on the mat. The next visual showed Holyfield jumping up and down with great pain. The crowd which was expecting fireworks was stunned into silence momentarily in shock and awe. Given the magnitude of the event, this goes down in history as one of the bizarre moments.

Monica Seles (from Yugoslavia) was a tennis prodigy, who won 8 grand slams singles before she turned 20 years, and dislodged Steffi Graf from the World No.1 position, and became world. No.1 in 1991 and 1992. On April 30th 1993, when she was playing a match against Steffi Graf, Monica was stabbed by a man with a 9 inch knife on court. The match was cancelled and man arrested, but this shook the world of tennis to its foundations.

Zinedine Zidane was one of the great football players to have played for France. Before the start of the soccer world championship final, Zidane was awarded the golden ball as the best player of the tournament. In what seemed an inexplicable moment, in the 110th minute of play, Zidane head butted Marco Materazzi, an Italian player. Zidane was shown the red card and left the field, Italy went on to win the final. It later emerged that the Zidane’s reaction was due to foul language Marco used against his sister.

This is another titillating moment in the world of sports when during the Semifinal match between England and Argentina, (which was a game of passion for both sides, coming close on the heels, of the Falkland conflict between the two countries), Diego Maradona, the mercurial Argentinian forward used his hand to score the first goal. Repeated TV footage showed this faux pas, but much to the chagrin of the English team this goal was awarded to Argentina.

This would perhaps go down as the lowest point in the gentleman’s game of cricket, when Australian Pacer Dennis Lillee had an altercation on the field with the Pakistani great Miandad, and in a moment of madness, ended up kicking him on the butt. Miandad tried to retaliate by hitting Lillee with a bat, much to the bemusement of the crowd.

This article was written by Andrew Smith. He is a sports lover who enjoys watching African soccer. He recommends that you visit this website for African sports and travel

1 Response to The Sports Archives – 5 Bizarre Sporting Events In History!