Posted on April 12, 2012 by thesportsarchives

The two had been fighting dirty, with both parties complaining that the other had engaged in illegal moves and head butting. In the third round, Mike Tyson sank his teeth into Evander Holyfield’s ear and ripped out a one inch chunk, spitting it onto the ring. The incident prompted violent altercations in the arena. The boxer lost his license, and was fined $3 million. The fight was part of a comeback from a rape conviction and imprisonment (where he served just half of his sentence).

In 2009 a sex scandal broke, followed by Tiger Woods crashing his car into a fire hydrant, with a scratched face. The car window had been smashed by a golf club – the golfer claimed his wife had rescued him from his Cadillac; conjecture is that she had smashed the window in revenge for his numerous infidelities. The scandal lost him many endorsements and resulted in his divorce from his wife.

Tonya Harding‘s husband conspired with two other men to break her rival’s leg, thus eliminating her from the competition. The attacker caught Ms. Kerrigan outside a training rink and hit her with a police baton. She was forced to pull out of the championship, but the plan backfired when the men ended up in prison and Harding was dismissed from the USFSA skating organization. Tonya always maintained her innocence. She has since been hit with scandals including a sex tape, drunk driving and domestic violence against her then boyfriend.

Ben Cousins’ career has been dogged by substance abuse, both illegal and prescription. Commentators have speculated that he got away with it for so long through both luck and managing when he took drugs. In 2007, his team sacked him after years of drug abuse became a problem they could no longer ignore – especially after several attempts at rehab. In 2012 he appeared in court, charged with possessing meth-amphetamines. 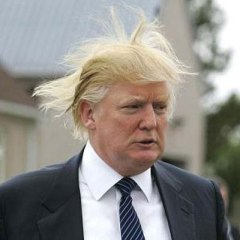 The aging entrepreneur’s Trump Vodka was a business failure. It also caused a scandal when an underage girl (aged 17) was serving vodka at his launch party – completely nude. Despite the fact that she was painted with the same Trump Vodka designs as the other hostesses, he tried to claim that she was a publicity seeking party crasher. They also said ‘all precautions’ were taken to ensure the girl’s age – except checking her ID, it seems.