Posted on February 11, 2013 by thesportsarchives 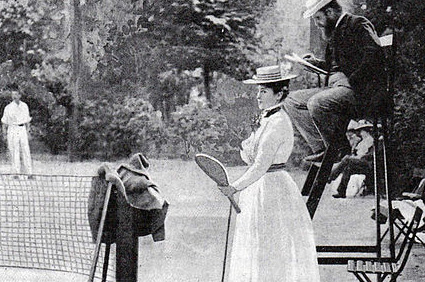 In some respects a sport can be compared to a curve ball;  as the ball is thrown, the batter views it in a certain path and then as the ball curves, the path of it is altered. The sport of tennis has been something of a curve ball, as it began with various names, rules and regulations, but it began to change paths along the way. Better methods were discovered, rules that made the game fairer were established, and the competition became entertainment as it marched through the various countries.

Of course there is a great historic debate as to where the sport originated from before it banged its racket on the door of the United States. Some attribute the origin of tennis to the French in the twelfth century where they played a version of tennis with the palm of their hand as the racket. Other historians argue that actual tennis began in the sixteenth century when the use of rackets began. However, regardless of what any person considers to be the legitimate origin, there is no doubt that when tennis arrived in America, an invigorating sport was introduced to the world.

From this point forward the game began its metamorphosis as women became involved in the sport.  By 1887 the Philadelphia Cricket Club held a Women’s National singles Championship which marked a new turning point for tennis in America. As tennis became a sport that both men and women could participate in, its popularity began to grow even more. Eventually in 1975 the court was altered from grass to clay, which led to the 1978 change to a hard court surface. 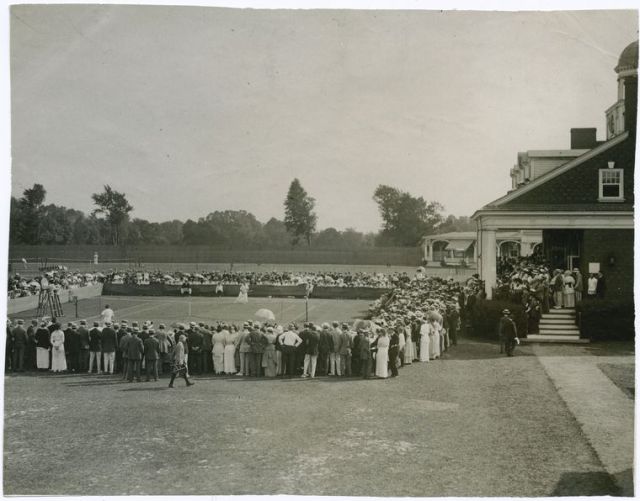 Through all of the phases that tennis has gone through, beginning with the palm of the hand as the racket, it has gradually turned into an American icon. The rackets, the prestigious athletes and the much-anticipated tournaments will forever be a product of its history.

For information on Chandler tennis lessons, head over to BashaTennis.com where students of all ages and skill levels are taught tennis fundamentals and strategy.

Related Blogs:
Tennis Great René “Le Crocodile” Lacoste
What Happened to Tennis Racquets of the Past?