The Sports Archives – The Top 10 NBA Rookies Ever!

Posted on July 13, 2013 by thesportsarchives

Once in a while, a player of outstanding ability rises above the rest to dominate in the sport of basketball. Some of these young athletes go on to the pros to continue their winning streaks. Through rigorous training, religious dedication, and extreme perseverance, the following basketball heroes are hailed as some of the best newcomers to the League in all of history.

While playing for the Los Angeles Clippers during the 2010-2011 season, Blake Griffin left a trail of destruction for his opponents wherever he went. Scoring a record-setting 22.5 points per game, Griffin definitely did his part and more. The tall and well-built guy showed off flashy dunks and alley-oops whenever he got the chance, and this definitely cemented his popularity as a rookie. With over 12 rebounds per game on average, Blake Griffin was a massive offensive force to reckon with. 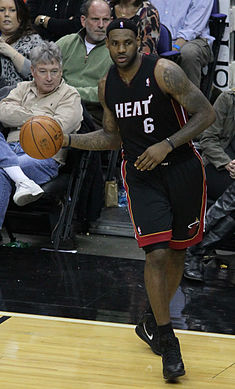 The Cleveland Cavaliers had an outstanding season with LeBron James on their side during the 2003-2004 NBA season. “King” James definitely lived up to the hype as he became the youngest player in the League to ever make 40 points in a single game. Not only was he declared Rookie of the Year, the guy was so good that many of his high school games were shown on national TV. Like Blake, LeBron James is large, agile, powerful, and nearly unstoppable when he charges full-steam into action.

Tim Duncan was an excellent all-around player who developed immense skills on the court when he was just a little kid. Averaging nearly three blocks, 12 rebounds, and more than 21 points a game, Duncan joined the ranks of the few elite newcomers during the 1997-1998 season when he played for the San Antonio Spurs. 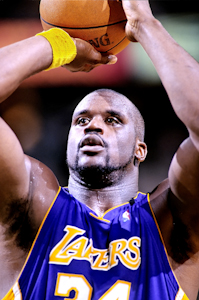 This hulking center was not only one of the largest professional basketball players of all time, he was also one of the most amazing rookies of all time. Standing over seven feet tall and weighing in over 330 pounds at his peak, Shaq dominated every player in a head-to-head collision. This train of a man turned anyone who stood in his path into scrap metal. Racking up a consistent 23 points, 14 rebounds, and 3 blocks every time he stepped foot on the court, Shaq was truly an exceptional asset to the 1992-1993 Orlando Magic team.

Nicknamed “The Admiral” for having served in the US Navy prior to playing basketball, Robinson definitely took charge of the court when it was game time. He won the Rookie of the Year award during the 1989-1990 season when he scored an average of 24.3 points, had 3.9 blocks, and made 12 rebounds a game.

Jordan was arguably the greatest NBA player in history, and he definitely started his career off with a bang. Making more than half of all attempted shots as a rookie on the 1984-1985 Chicago Bulls team, Jordan also scored more than 28 points per game that season.

The sharp-shooting Larry Bird was a lethal weapon for the Boston Celtics his entire career. As a rookie during the 1979-1980 season, he put up over 21 points per game in addition to ten rebounds.

People didn’t call him “Magic” for nothing. The multi-talented Johnson stepped in during the 1980 NBA Finals Game 6 for a hurt Jabbar and led the team to victory with 42 points and 15 rebounds.

Armed with the deadly and accurate “Skyhook,” Abdul Jabbar destroyed the competition as a rookie on the 1969-1970 Milwaukee Bucks team. He contributed 28.8 points and a whopping 14.5 rebounds a game.

Unseld managed to rack up an average of 14 points and an epic 18 rebounds per game during his rookie season for the 1968-1969 Baltimore Bullets. The big guy was also the second man in the NBA to be honored with both Rookie of the Year and MVP titles during one season.

Roger Smith loves to play basketball in his free time. Dunk’s basketball uniforms are what he and his team wear when they step on the court.

Related Blogs:
The 5 Best Big Men In The History Of The NBA!
Five NBA Players With The Strongest Star Power!
How Michael Jordan Forever Changed the Game of Basketball

2 Responses to The Sports Archives – The Top 10 NBA Rookies Ever!