The Sports Archives – Horse Racing, A History And Introduction!

Posted on October 8, 2013 by thesportsarchives 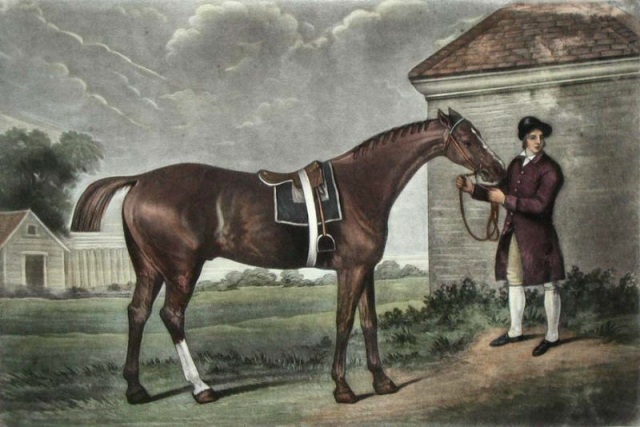 Horse racing is a British establishment; it has been a pervasive part of our culture for hundreds of years.  Before it reached Britain, it, in its own way, made a huge mark on the rest of the world.

Originating in Ancient Greek and Roman times with Olympic chariot races, and other less well established competitive and entertainment based arenas.  But, as we all well know, it has grown to be far more, or less depending on your perspective, than its gilded chariot roots.

The sport has lost the baggage and evolved a lot over the last thousand or so years and in Great Britain we have a very established system in regards to horse racing.  We seem to have a couple of main types that are played and celebrated the most.  These two types are National Hunt racing and Flat racing.

National Hunt racing involves the use of obstacles like hurdles or fences in order to add a different dynamic to the race, and usually covers distances from around 2 to 4 and a half miles.

Britain itself is home to some of the world’s most renowned horse racing tracks including The Cheltenham Festival, which is arguably the most revered in the world.  However Britain is also home to the Grand National, which takes place at Aintree and is regarded as an incredibly long and difficult race, however, it is very widely known and watched by about 600 million people in the world over.

Flat racing is exactly what you suppose it to be, a race that takes place on a course without any obstacles and flat terrain, run over distances of around 5 furlongs and 2 miles.  Britain can lay claim to some of the most prestigious flat racing courses in the world with grounds like Ascot, in which many famous races take place annually including Royal Ascot and culminating British Champions Day, a festival of championship races.

Whilst such races are generally regarded in the modern-day as an excuse for people to dress up and wear ridiculous hats there is a far greater significance and purity to horse racing, and ultimately whatever one may believe when wandering around a racetrack this particular sport is actually all about the horses and the jockeys.

Flat racing tends to race using Thoroughbred horses (among others).  Thoroughbreds tend to range between 15 and 17 hands in height and are capable of travelling medium distances but at very fast paces as they have a lean and muscular build.

Once upon a time the owners of horses were customarily the ones who would ride them in a race, however this fell out of practice as races became more organized, the aristocrats who owned the horses ceased to ride them and in their place scruffy and unkempt grooms took their place, only becoming highly regarded for their talents at the end of the 18th century.

There is another aspect of horse racing, of course, that goes hand in hand with both horse and jockey, and that is undoubtedly, betting.  There are, at most racetracks, gambling stations located somewhere on the grounds, and in the UK and Ireland we specifically use bookmakers (bookies) in order to place our bets.   This form of betting runs on odds, and the odds of the horse are dictated by the activity of the members who create the market conditions as they place their bets.

So, if you’d like to place your bets, wear a nice hat, have a passion for horses or those who ride them British Champions Day is just around the corner, to spur on your new or growing love of racing.  But if you’d like any more help to get you horsing around don’t hesitate to check out stayevents.co.uk for information and tips on the best goings on in the UK.

Abi Sehmi is an avid blogger and an aspiring writer. She is currently blogging for stayevents.co.uk about sports and entertainment.

Training A Racehorse For Flat Track!

The Greatest Racehorses of All Time!

4 Responses to The Sports Archives – Horse Racing, A History And Introduction!