The Sports Archives – Getting Fit by Playing Indoor Football (Soccer)!

Posted on April 22, 2013 by thesportsarchives 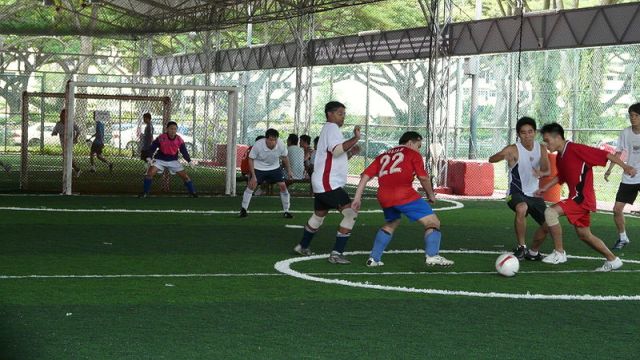 What’s standing in between you and getting fit? Nothing really, unless it’s just your motivation. That in itself can be a very hard thing to get around. But what if getting fit was really enjoyable? Surely that would eliminate all barriers between you and the very best physical condition you could be in. Well, how on earth could getting fit be enjoyable, let alone fun? That’s easy, indoor soccer, or futsal!

Indoor soccer is a variation of football (soccer) played inside on floors made of wood or some artificial material. Indoor soccer has been around for years and was played in the early 1900’s mostly in Brazil and Uruguay, where outdoor fields where not always available. Presently, there are many amateur, collegiate and professional leagues in the United States, Canada and Mexico. In Brazil, indoor football is known as showbol. Other variants of the sport, such as futsal and five-a-side football, are popular in South America, Australia and Portugal. The rules and penalties of indoor football vary across the different flavors of the sport, however, most variants do not enforce the off-sides rule.

Playing indoor soccer once or twice a week will increase your cardiovascular fitness a lot, it will also give you a muscular work out and burn calories. It’s a very physical game, so you won’t have any choice to jump around and move your body. It’s so much fun as well! It’s competitive, quick, and engaging. By the time you’re halfway through a game, you’ll suddenly realise that you’ve been doing a really strenuous work out without even noticing.

Join a league and play a full season, so that you play continuously. Futsal is indoors, so it can be played all year round and you don’t have to be dormant for part of the year. There are many indoor soccer and futsal venues around the place, like Aussie indoor sports for instance. Aerobic endurance is so important to your all-round fitness, and can so easily be neglected. Don’t let your physical condition slump from inattention, try to do something aerobic every day, no matter what it is. It will pay off in the long run.

2 Responses to The Sports Archives – Getting Fit by Playing Indoor Football (Soccer)!