The Sports Archives – NFL Now: What it Means for the Future of Digital Sports Consumption!

Posted on March 5, 2014 by thesportsarchives

As new technologies rapidly change the way people consume content, there has always been one area that was immune !to those changes: sports. While “cord-cutters”—people who choose to forgo cable television altogether—are becoming more and more common as new entertainment technologies become available, sports have remained a relatively solid selling point for cable providers, a fact that is reflected in the subscription fees paid to networks.

The statistics indicate the fact that the sports networks are the only thing holding back many sports fans from becoming cord-cutters. Sports fans are also some of the only television watchers that advertisers can count on to watch an entire event in its entirety, and in its original time slot. Since so much of the experience of being a sports fan depends on seeing an event as it happens, sports fans are unlikely to record events to watch later. As a result, they are less likely to skip over commercials than fans of other types of television content.

On the other hand, the statistics indicate that non-sports fans who continue to subscribe to cable television will be paying a high premium for sports content that doesn’t even interest them. In the words of NPR’s Frank Deford, cable television subscribers have become “hostages of sports.”

So, when the NFL announced its plans to launch a new digital network, NFL Now, in July, it came as a ray of hope for both sports fans, and for media technology observers who were hoping for a break in the sports-cable television logjam.

The network has experimented with streaming digital content in the past: the past three Super Bowls have been available for live streaming on a variety of devices, but only to subscribers of certain pay television providers. This year, football fans who hoped to catch the Super Bowl on their smartphones needed a subscription to the Verizon NFL Mobile service in order to do so. 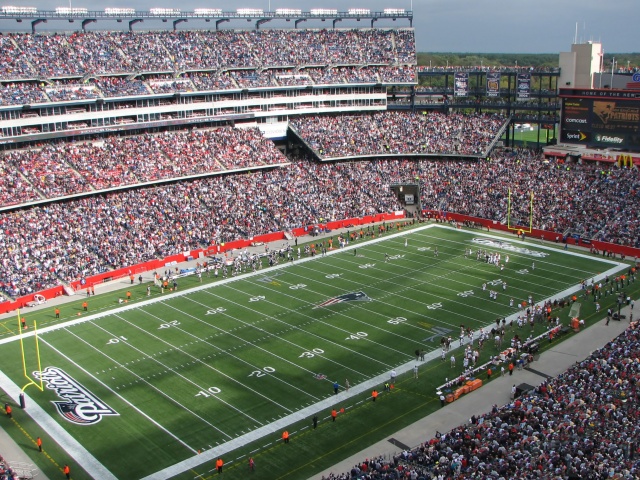 The NFL Now network is a new take on digital sports content, as it is available a la carte, without having to subscribe to any other pay media outlet. However, it fails as the solution many cord-cutters were looking for, as it only allows access to on-demand content. For now, the league’s most valuable offerings—its live game broadcasts—will still require a subscription to a streaming service from either Verizon or DirecTV.

According to Jason Hope, the new NFL Now network is still a step in the right direction, even with the lack of live game streaming.

“We’re at the point with sports right now where something just has to give,” said entrepreneur Jason Hope. “The content is just too valuable to be controlled by the pay television providers. Ideally, there would be a variety of options available for how sports fans could choose to purchase and consume content. That would be the best solution for everyone, whether they’re sports fans or not. The NFL is finally starting the to take a step in that direction, and it makes me optimistic, even though they stopped short of offering live game broadcasts.”

The league will work with a number of big-name technology companies to deploy the new network. Yahoo will integrate the content with its new Screen app for iOS devices, while Microsoft will offer the network across its platforms, including on the Xbox One. Verizon will also play an important role in delivering the content.

The league’s insistence of working with such big names in technology says a lot about the relationship between sports and television providers. It’s clear that the NFL didn’t want to take this thing on without help from a few of its powerful friends. This shows that they’re just not ready to take on the cable providers by themselves. There will have to be a sports property that takes on the pay television providers eventually, and if anyone can do it, it’s the NFL.

About Author: Amy Taylor is a technology and business writer. Amy began her career as a small business owner in Phoenix, Arizona. She has taken that knowledge and experience and brought that to her unique writing capabilities. She really enjoys new business related issues that are tied directly to technology.

Related Blogs:
5 Apps You Need to Download for the NFL Season!
CenturyLink Field: Home Of The Seattle Seahawks!
Intelligence in the NFL!

4 Responses to The Sports Archives – NFL Now: What it Means for the Future of Digital Sports Consumption!