The Sports Archives – The Trials And Tribulations Of A Non-league Football (Soccer) Supporter!

Posted on October 18, 2013 by thesportsarchives 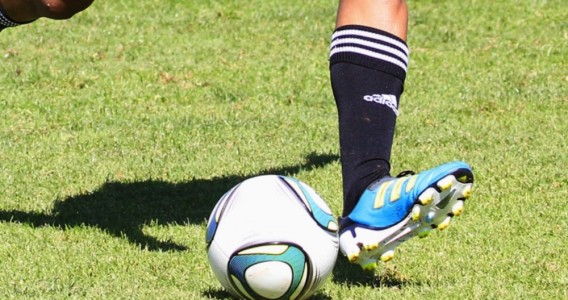 Imagine this; your football team is battling relegation from The Premier League. Your team has suffered consecutive losses against the country’s biggest clubs: Chelsea, Arsenal, Manchester United etc. If relegated, your club will have to face the prospect of travelling to not so big clubs such as Nottingham Forest, Derby County and Yeovil. How does this compare to dropping out of the football league entirely?

Facing the drop from League Two and falling into the realm of non-league football, where your team will be travelling to the likes of Salisbury and Braintree is a tough pill to swallow. For many teams, relegation into non-league football can be fatal. With so many ex-league clubs now fighting for position in The Conference, it is very easy to get stuck down there, and with the rise of investment in small village clubs, many ex-league sides that have fallen on hard times are struggling to climb back into the league.

Take it from me, as a Lincoln City supporter. Lincoln were relegated from League Two in the 2010/2011 season. Since then, Lincoln have had two seasons barely keeping their heads above water in The Conference and left it nicely until the final game of last season to guarantee safety. So, what is it really like as a non-league football supporter? Of course there are some difficult adjustments that have to be made, but it can’t be all bad, can it?

On a Saturday afternoon, travelling to Sincil Bank to watch The Imps play a home game still has the same feeling as always. However, it is a slow trickle of supporters who make their way through the streets towards the ground rather than the crowds that once did. Relegation from any league is always going to affect match day attendances, and that goes for away support too. Of course there is going to be less away support for small village clubs, and because of this, big sacrifices have to be made. There may be opposition to Premier League clubs moving from their traditional, old grounds that hold years of successful memories to modern, personality-less stadiums, but surely the big problems are when your traditional away end is closed and visiting supporters are sat in what your club can only call an “enclosure”. But, there is an advantage to falling gates. There is never a queue for the snack bar at half time, and you can always find a parking space near the ground. It’s a matter of swings and roundabouts.

Lincoln City however have a larger-than-average away following, and this is where playing smaller clubs has its benefits. Taking an away trip to obscure footballing grounds is always a bit of fun for any football addict. Nothing beats standing on the terraces, and you can’t get that up close and personal with the players on the pitch for £12 in The Premier League.

By spending a few years down at non-league level football, as a fan, you get to see some brilliantly bad displays of football. You don’t get to experience the silky, passing football of Barcelona, but personally I think there is something quite charming about the long ball game. In my view, there is nothing that says Conference Football better than a pass back to the keeper for “the kick of hope”, who lumps the ball up field. The crowd at Sincil Bank for example are never happy with the ball being played across the back four. They want the ball pumped forward with the hope of their skilled strike force happening to get on the end of it. 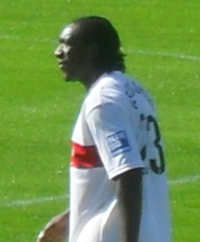 That brings me on to another point; there are some truly great football characters in the lower echelons of the football leagues. The majority of sides have their token “big man”. The 6ft something player who can take a long throw and trouble opponents. Whether they have any skill on the ball on the other hand is a different matter. Take for example Exodus Geohaghon, the former Mansfield player whose footballing prowess now sees him playing at Aggborough Stadium, half home of Worcester City. I saw the 6ft 5in player at Sincil Bank last season, and apart from dominating the pitch just by looking so big, and of course, being called Exodus, as for his abilities; well let’s just say you don’t drop a league at any level without reason.

Another example similar to this the Cambridge United forward Delano Sam-Yorke. Once again, great name, but despite the local radio team singing his praises and labeling him one to watch for this season, at the Cambridge vs. Lincoln away draw he was less than impressive and very comical. Falling over the ball and getting his feet in a tangle were his specialties. This “one to watch” didn’t score then, and hasn’t scored since. There are a number of non-league players who definitely try too hard to be Ronaldo, when they actually play more like Ronald McDonald.

Tactics: another area of non-league mastery. You wouldn’t often see Vincent Kompany or John Terry take on the temporary role of striker when your team are a goal down and fighting for a point in the final minutes. But as a non-league football fan, I have seen this aplenty. There have been many occasions when Lincoln have been desperate for a goal and the tactical decision from the bench would be to push one of our big centre-halves forward. Before Jose Mourinho or Pep Guardiola pick up this tactic, nine times out of ten, it doesn’t work.

One small perk to being a non-league side and something I have to mention is that if you play Accrington Stanley in the FA cup and win, that is now considered a giant killing.

So there we have it. The joys and nightmares of following non-league football, from watching laughable performances some weeks to being beaten by Ryman Premier team Carshalton in the FA Trophy (yes, that happened and yes it still hurts) – Non-league football is definitely an unpredictable ride where anything is possible.

This post was written by Emily Rooke, a Lincoln City and Chelsea supporter who writes blogs and match reports for Nottingham Forest Ladies at The Workplace Depot.