Posted on October 19, 2013 by thesportsarchives

After several seasons of rather irritating predictability the Premier League is throwing up a few surprises in the 2013/2014 campaign. I was practically yawning in anticipation of the new season wondering where the element of excitement was going to come from. It was hard to see beyond the same four teams finishing in the Champions League spots and the relegation candidates looked to be obvious but the footballing gods clearly hadn’t read the script. We are seven games into the season and there have already been more shocks than in the last three seasons combined.

Arsenal were allegedly a club in crisis with Arsene Wenger out of favour, a chronic lack of new blood in the team and the prospect of yet another season without silverware looming. We were all supposed to be discussing Wenger’s tenuous grip on his job and shouting I told you so when the addition of just one new star player didn’t turn the team into world beaters but Arsenal are top of the league!

Meanwhile Manchester United are languishing in 9th place and Manchester City is up and down like a yo-yo or should I say a Ya-Ya. City is brilliant one week and mysteriously ineffective the next and the Special One at Chelsea is already making waves. Perhaps the biggest surprise of all is the resurgence of Liverpool. In second place only on goals scored and with an outbreak of harmony in the side the Scousers in red are getting it right. Daniel Sturridge is the league’s top scorer and Luis Suarez hasn’t bitten anyone yet. With Southampton reaching the lofty heights of fourth, the Premier League has an unusual look to it and it feels like the old days when you really didn’t know who was going to become the star of the show.

Drama on the Pitch 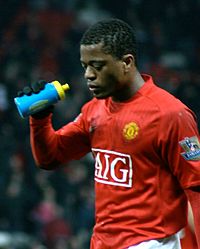 With all the drama unfolding it has been the football which has made the headlines rather than the individual players which has to be a good thing. I want drama on the pitch and some genuine excitement, not months of debate over what Luis Suarez really said to Patrice Evra. These players earn fortunes at the expense of the ordinary fan and it really is time to concentrate on delivering on the pitch rather than on landing another contract endorsing hair care products or designer watches. Football was a bubble waiting to burst, a cash cow that was, for me, becoming boring and predictable but now there is a glimmer of hope behind the glamour.

This season has been a breath of fresh air but I have to wonder how long this state of affairs is going to last before order is restored. It would be wonderful to think that Liverpool could win the league and Southampton will be playing in Europe next year but I can’t bring myself believe it just yet. If things carry on as they are for another seven games I may yet be able to witness a triumph of hope over expectation but I doubt it. Then again back in 2005 at the beginning of the season, I did say that if Liverpool won the Champions league I would eat all of my hats, so unlikely did that prospect seem. I now have no hats but would be quite happy to buy some more and eat them all if Liverpool win the league this season.

Sally Stacey is a keen writer and business owner who divides her time between writing and running her shop.

Related Blogs:
Has The Wealth Of The Premier League Made Life Better For The Fans?
New vs. Old – Champions League Winners!
Why English Football Continues To Struggle At Grass Roots Level