The Sports Archives – The World’s Most Inspirational Racing Drivers!

Posted on May 1, 2013 by thesportsarchives

The 5 Most Inspirational Racing Drivers

Professional race car drivers inspire awe in most people as they whip around the track at speeds that would make most people lose their minds. It is not a sport for the faint hearted. There are, however, several professional drivers who have inspired fans on a special level with their accomplishments over the years in unique ways. Here are five of the most inspirational race car drivers.

As an Italian race car driver, Zanardi had a respectable career with two CART championship titles in the late 1990s. He also participated as a Formula One driver. However in 2001 he suffered a horrific crash that resulted in the amputation of both of his legs. Less than two years after the accident, he returned to racing and competed in the FIA World Touring Car Championship. Even more famously, he switched sports and went into handbiking, which is a type of cycling for the Paralympics. In this sport he won gold and silver medals at the 2012 London Paralympics. He is a wonderful example of perseverance in spite of adversity.

Sadly, Senna was the last driver fatality in Formula One when he was killed in an accident during the 1994 San Marino Grand Prix, but his legend lives on and continues to inspire many, especially in his native Brazil. Senna made his Formula One debut in 1984, and he won three Formula One world championships during his career. He is popularly considered one of the greatest Formula One drivers in the history of the sport. He also was victorious during the Monaco Grand Prix six times, which continues to be a record. The sheer number of his accomplishments is extraordinary and warrants him mention.

This German race car driver is also popularly regarded as one of the best drivers in Formula One history and statistically is one of the best the entire sport has ever known. He holds numerous records including the most number of championships, points scored, victories within a single season, fastest laps, race victories, and more. In 2002 he gained notoriety for finishing in the top three in every race of the season (and thus gaining the most consecutive podium finishes), the only driver in Formula One history to have done so. He is also known for his involvement with various charities and donations millions of dollars. He is another example of what can be accomplished with the incredible intersection of talent and hard work. 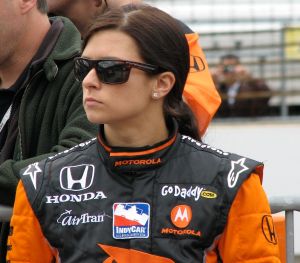 One of the most famous names in racing, even among people who do not follow the sport, Patrick has carved a name for herself as the most successful woman in the sport. She is the only woman to have ever won a race in the IndyCar series, and placed third at the Indianapolis 500, which was the highest finish by a woman. She won a NASCAR Spring Cup Series pole as well, the first female NASCAR driver to have done so. She has also been the fastest pole qualifier to successfully qualify for the Daytona 500 since 1990. She is inspirational because of her ability to overcome stereotypes and compete on a level that previously no woman had successfully achieved. 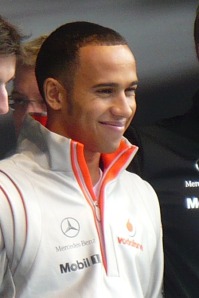 This British Formula One driver was the youngest to ever sign a contract that resulted in a Formula One drive in 2007. He is also considered the first black driver in the Formula One series, and was the first black driver to win any major race at the Indianapolis Motor Speedway. He is the holder of numerous records, and finished second in the 2007 Formula One Championship, but went on to win the World Championship the next year. He accomplishments at such a young age as well as being a trailblazer in the sport for people of different ethnic backgrounds are two great reasons to be inspired by this young Brit.

Each sport produces athletes and competitors which offer fans and the rest of the population someone to admire. They overcome adversity, achieve amazing goals, and persevere even when the cards seem stacked against them. Race car driving is no different. These five competitors have inspired many who follow the sport of racing around the world.

This article was supplied by www.design911.co.uk, specialists in Porsche parts and accessories.

Related Blogs:
NASCAR: Ones to Watch
5 Of The Greatest Formula 1 Drivers

7 Responses to The Sports Archives – The World’s Most Inspirational Racing Drivers!