The Sports Archives – Top 10 Biggest Sports Stadiums in the World!

Posted on March 26, 2013 by thesportsarchives 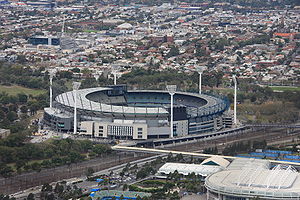 The Melbourne Cricket Ground, in Melbourne, Australia, can hold 100,000 spectators for cricket matches and other sporting events. The ground opened to the general public on the 30th of September, 1854. At that time, 130,000 people could get into the arena. However, safety restrictions over the decades saw the capacity go down to 100,000.

Malaysia’s national stadium can hold 100,200 people for sporting events. Athletics, Commonwealth Games events, and football matches are held at this stadium throughout the year. The National Stadium was built in 1998 for the Commonwealth Games of that year.

This stadium is the home of the Tennessee Volunteers, an American football team from Knoxville, Tennessee. The stadium has a capacity of 102,037 and is home to various political conventions and National Football League exhibition games. It was built in 1921.

Ohio Stadium is the home of Ohio State University’s football team, the Buckeyes. The stadium has a capacity of 102,329 for sporting events and 110,000 for musical concerts. The stadium opened in 1922, but has undergone several renovations to keep it in line with more modern stadia.

Located in Philadelphia, Pennsylvania, the Beaver Stadium is home to Pennsylvania State University sports teams. 107,282 people can cram into Beaver Stadium for games every week as they cheer on their school against some of the best teams in the United States.

Michigan Stadium edges out Beaver Stadium by only a few seats, with a capacity of 107,501. It is located in Ann Arbor, Michigan and plays host to the University of Michigan’s football team. The last time the stadium had an attendance of less than 100,000 was in 1975.

Located in Kolkata, Salt Lake Stadium is India’s largest sports stadium. The stadium, which has a capacity of 120,000, goes by the official name of “Yuva Bharati Krirangan”. The stadium’s construction was completed in 1984 and plays host to various football, athletics, and hockey games.

Pyongyang, North Korea is the home of the largest stadium in the world. Rungando May Day Stadium is used to various sports events and also plays host to political rallies. It is said that 190,000 people were in the stadium for a wrestling game in 1995. 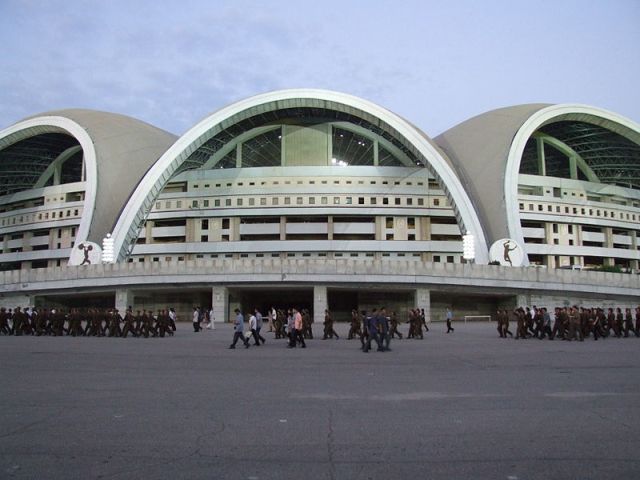 Steve is a travel enthusiast who loves to travel the world and visit man-made wonders such as the stadiums listed above. He works at a steel fabricators in Brisbane and would love to one day work on a project as large as those on this list.

6 Responses to The Sports Archives – Top 10 Biggest Sports Stadiums in the World!