The official logo of the 2016 Summer Olympics. It features a modern take on the traditional Olympic insignia, with some contemporary motifs accenting comradery.

The official conclusion to the 2016 Summer Olympics (or, as it is more widely and popularly known, Rio 2016) has recently arrived, and participating nations are headed home with proud competitors, many of whom are celebrating proud victory at this vaunted competition. As previously implied, this year’s Summer Olympics took place in Rio de Janeiro (literally, “City of January” in Portuguese), one of the most populated cities in South America and located along the coast of Brazil. The contest was quite beholden around the world, but just in case you may have missed it (or are viewing this from the future), here lies coverage of some key happenings and interesting tidbits that took place amid this athletic competition of nations.

The 2016 Summer Olympics featured a staggering 306 events across 28 unique sports, including cycling, archery, boxing, shooting, various different aquatic activities, judo, gymnastics, handball, volleyball, and weightlifting (and that is barely scratching the surface)! In addition to these sports historically included in the Olympic Games, 2 newcomer sports also applied and were approved for inclusion in this year’s competition: golf and rugby sevens.

Phelps is a renowned Olympic swimmer, particularly among his home country of the U.S.

Thousands of athletes ultimately participated in Olympic events in Rio, but not all of them brought home as many medals as the top competitors of this season! Among the notable athletes based on performance and accumulated awards are

Full segments on these athletes will follow the release of this overview in the coming week.

Other athletes taking home some medals include Simone Biles (noteworthy U.S. competitor with 4 golds and 1 bronze for Gymnastics), Jason Kenny (of the U.K. with 3 golds for Track Cycling) and gold-winner Gabriel Barbosa (Brazil’s very own soccer athlete). 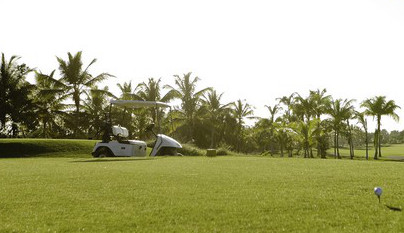 Golf has made its way into the Summer Olympic rotation this year!

International cooperation and cultural exchange is of great importance in the modern world. It is agreeable that sports and athletic tradition have helped motivate greater global unity.

*It is worth noting that, although some nations accumulated more overall medals, placement of others ensured higher overall rank.

The nation that accumulated the most medals this year was the United States, with 121 total medals.