The Sports Archives – Olympic Greats: 6 Amazing Paralympians To Inspire You!

Posted on September 2, 2013 by thesportsarchives

The Paralympics is a hugely positive event to showcase the pure resilience and outstanding physical ability of disabled athletes. If you’re lacking in motivation to finish off that annual report, or just can’t be bothered going to the gym, these Paralympians show there’s no excuse to achieve your absolute best.

Here are six of our favourites… 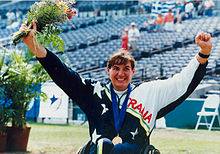 Louise Sauvage’s remarkable story is etched in the hearts of all Australians. The Paralympic Games stalwart won two golds and a silver medal at the Sydney 2000 Olympics and powered through the finish line for multiple medals in Barcelona, Atlanta and Athens. The super-human athlete experienced an agonising spinal condition resulting in a number of operations, and her inspiring sporting achievements has gone down in the history books as one of Australia’s most successful athletes of all time.

Great Britain’s Sitting Volleyball Paralympian Charlie Walker said the Paralympics “has made people realise that athletes are athletes and people are people. It doesn’t matter if you’re Usain Bolt or in a wheelchair, we’re all people.” Walker is an ex-soldier who suffered serious meningitis in 2006, and after countless operations, it resulted in the amputation of both legs in 2008. The star athlete only took up volleyball 3 years before spiking his way to staggering success in the 2012 Paralympics.

Fourteen-year-old Australian Paralympian Maddison Elliott shines in the pool and proves you are never too young to take out world rankings. Despite being diagnosed with cerebral palsy at kindergarten age, Elliott dove into success on the world stage. She took home gold in the 100m freestyle relay and made the 50m hers in the competitive 50m freestyle. The young Paralympian also won bronze in the 100m and 400m freestyle adding to her accolade of achievements. Elliott proudly became the youngest Australian Paralympian to win gold at the London 2012 Paralympic Games.

On your marks… get set… go! British World Record Wheelchair racer Hannah Cockroft showed how it’s done in the 2012 Paralympics. The 21 year old suffered brain damage, deformed legs and weak hips shortly after birth, but was determined not to let this hold her back. This hard-working young woman is the reigning world champion in 100m and 200m sprints and demonstrates that we should never underestimate our ability to achieve.

If skiing and winter-sport is foreign to you, and you have constantly procrastinated over whether you will be able to hit the slopes, here is Cameron Rahles-Rahbula’s story. The young Cameron was diagnosed with a rare form of bone cancer at 12 years of age, and sadly, he lost his left leg after a series of chemotherapy. A Mount Buller ski camp first ignited Cameron’s passion for skiing and his brilliant technique quickly accelerated him to a stellar alpine skiing career. The Australian made the 2006 Paralympic Team for the Torino Games and has been carving up in the snow at prestigious championships around the world. Rahles-Rahbula’s career highlight was becoming two-time bronze medallist in the 2010 Vancouver Games. He was awarded Australian Paralympian of the Year that same year. 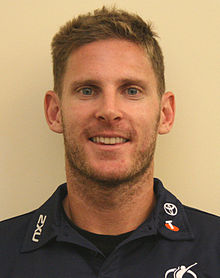 Let Ben Weekes’ story show you that sheer persistence pays off. The wheelchair tennis player suffered a blood clot as a thirteen year-old, causing him to become a paraplegic. Weekes’ tenacious spirit got him into wheelchair sports, and he quickly found love for tennis. Soon enough, he was volleying and smashing his way to the top. This Australian went on to serve up a storm in Athens 2004 and Beijing 2008, and his willingness to strive to be his best is extraordinary.

Rebecca Parish is a freelance journalist with a creative edge who creates fascinators with plastic moulding.

Related Blogs:
Overcoming All Odds – Five Inspirational Disabled Athletes!
History of the Paralympics!
The History And Basics Of Wheelchair Basketball

2 Responses to The Sports Archives – Olympic Greats: 6 Amazing Paralympians To Inspire You!