The Sports Archives – The Most Popular Summer Olympic Sports!

Posted on June 20, 2013 by thesportsarchives

The Summer Olympics is a global event that happens just once every four years. Like the Winter Olympics, this tournament between the best athletes from every nation is looked forward to and enjoyed by millions of people who are cheering on their country’s athletes in hopes of winning as many gold medals as possible.

And, as with the Winter Olympics, there are certain sporting events that occur during the Summer Olympics that are far more popular than others. Read on to learn more about what these particular sports are and to see if you agree that these are, indeed, the most exciting and the most captivating of all of the Summer Olympic competitions.

Swimming is an extremely popular summer activity that just about everyone from around the world loves. So it’s no surprise that it’s also one of the most popular Summer Olympic competitions. With so many different swimming races to watch, including those featuring only male athletes to those that focus on women, swimming dominates the broadcast of the Olympic Games every time they air.

Even though each competition only lasts a few seconds to a few minutes, swimming is one of the most exciting of all of the competitions because the races are often so tight and it can be nerve-wracking to wait and see if your country has won.

Diving is yet another immensely popular Olympic sport that takes place in a pool. Divers from around the world compete to show off how well they can dive off of very high platforms and smoothly land into the water below, while performing flips and spins in the air on the way down. From individuals to pairs, there are many diving competitions to look forward to every four years when the Summer Olympics roll around.

Just as figure skating is immensely popular in the Winter Olympics, gymnastics is another event that draws crowds from around the world. Male and female gymnasts compete for the chance to be called the best on the planet. Competitions include singles and team competitions, so each athlete has a chance to prove himself or herself individually as well as help his or her team go for the gold.

Another aspect of the gymnastics competition that makes it very popular is the fact that there are different competitions between the men and women, so you get to see how these athletes differ and yet how they are able to perform many of the same feats as well.

From sprints to relay races involving teams, the world’s fastest runners come together to compete against one another at every Summer Olympics. This is one sport that keeps the world watching, as the speed and endurance of these athletes is truly incredible and hard to come by. 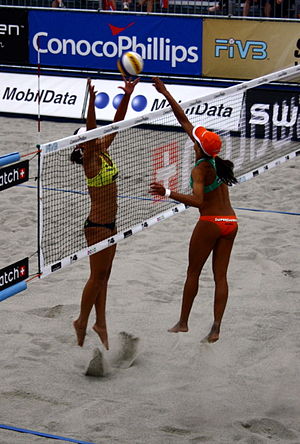 Volleyball is a very popular sport on its own, but when it is played on the beach, it truly becomes a summer activity that anyone can love. That is why beach volleyball has become one of the most watched competitions of the Summer Olympics.

Samantha Durrans is a renowned author and competitive swimmer. Samantha advises that her clients visit www.puddleducks.com to get that latest information on swimming lessons for babies and children.

Related Blogs:
The Two Most Famous Runners to Have Won Gold at the Olympic Games!
The Olympics: The Greatest Show on Earth?