The Sports Archives – Women In Hockey Are Going Places!

Posted on February 5, 2013 by thesportsarchives 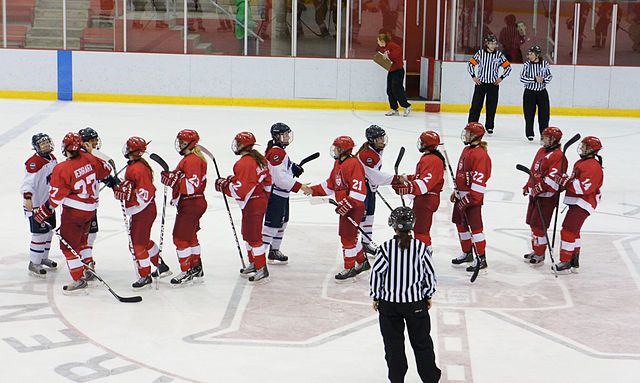 Paul Gallico described Ice hockey “precociously” by stating it as “a fast body-contact game played by men with clubs in their hands and knives laced to their feet”. This is a blunt definition of the game as it is renowned for its masculine brutality yet graceful glide and the paradox has been further dissected by the rise of more female players.

The education system has more than often emphasized on physical education as a work-life balance. As they say, all work and no play makes Jack a dull boy. As most students have taken up extracurricular activities in the form of various games, there has been a growth in the number of women taking part as players in the sport of ice hockey. 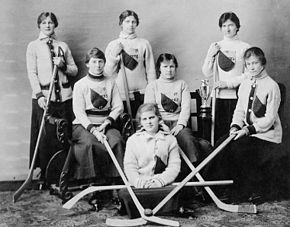 There are several local and international leagues that are dedicated to the sport of women’s hockey. There are also several high schools, universities and colleges that have sports programs for women’s hockey. You may find women playing in all female hockey teams and even some women in men’s teams.

Hockey is a great way for any woman to stay in shape. When you are on the ice, you may burn as much as 300 to 400 calories per game. You are exercising your legs, thighs, abs and arms at the same time. The drills that are conducted to help you stay in control of the game can also help lower cholesterol which is a problem that plagues many women due to their bodies containing more fat cells than men.

Hockey also has added mental health benefits for women. You get a sense of belonging by being part of the team. Tournaments and leagues give you a sense of purpose and focus. The exercise also helps reduce stress and boost endorphins which in the long run make you feel good.

Women’s hockey is one of the fastest growing competitive sports today. As a hockey player in the majors, you can earn a steady base of loyal fans and with it, great endorsement deals and ambassadorship. Many youth empowerment enterprises will want to become affiliated with you because of the powerful message that your career speaks to many underprivileged and minority youths, especially girls.

Another thing worth noting with women’s hockey is that you can be sure that admiration you receive is mainly on your performance and not your appearance. Unlike other female sports like tennis and volleyball that require their players to wear skimpy attire causing some fans to ogle at players, women’s hockey covers most of the players in oversized clothing. This makes the players less conscious of their bodies. They can focus on their game and receive appreciation for their technique rather than how they appear to fans!

Mr. Joshua Bing is an avid sports blogger. Through his blogs he tries to promote safety while playing hockey. For this he suggests various discount hockey equipments available online so that the game can be played with maximum safety.

3 Responses to The Sports Archives – Women In Hockey Are Going Places!