The Sports Archives – More News about the Costs of Playing Football!

Posted on November 6, 2012 by thesportsarchives 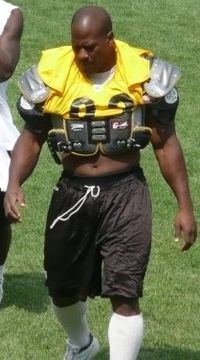 James Harrison is in the news again. This time it has nothing to do with jabs at Roger Goodell or trash talking other teams’ offenses. This time, it is much more serious. James Harrison recently stated that he has had twelve concussions in his career and to prevent those, he is now wearing additional padding in his helmet. It’s quite ironic considering his past fines over his hits. But such is the life of an NFL linebacker; you hit hard, you get hit hard with injuries too.

Harrison has had his share of injuries. He consulted a back specialist last year and had back surgery to remove a herniated disc that was on a nerve. It had bothered him all season and rather than addressing it during the season and risk the loss of pay, he chose to endure the pain and play for his team. He is like many other players. Oftentimes, NFL players will risk injuries in order to avoid being cut and help the team. This had led to an onslaught of lawsuits.

There have been countless lawsuits against the NFL from former players who say that the NFL did not warn them about the ramifications of concussions. This was in the news rather recently when Junior Seau committed suicide as many wondered whether concussions and brain degeneration contributed to his death.

This is nothing new. Several players have committed suicide due to the effects of concussions, including Andre Waters, a hard-hitting safety from Buddy Ryan‘s all-star Eagles defense of the 80s who took his life with a self-inflicted gunshot wound.  Doctors said that the 44-year-old football star had the brain of an 85-year-old with Alzheimer’s. News of concussions came back in the news when Alex Karras passed away earlier this month. He had recently followed suit with hundreds of other players to blame the NFL for their carelessness. 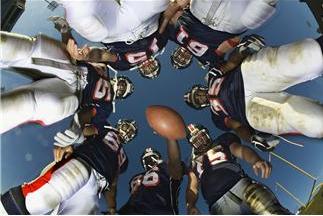 It isn’t known how badly James Harrison will be affected by his concussion-like symptoms in the past. He said that he didn’t see spots or have memory loss. In the meantime, he will wear a helmet with CRT padding to hopefully protect his likelihood. It’s most likely he’ll continue to consult a back specialist as well to make sure his nagging injury doesn’t come back. This is just another story about the hardships NFL players endure in order to make a living. Hopefully, something will be done to make sure Harrison, his contemporaries and formers players are protected and enjoy the rest of their lives.

Christopher Hardwick is a part of an elite team of writers who have contributed to hundreds of blogs and news sites.

3 Responses to The Sports Archives – More News about the Costs of Playing Football!