The Sports Archives – The Rise And Rise Of Graeme McDowell

Posted on May 1, 2012 by thesportsarchives 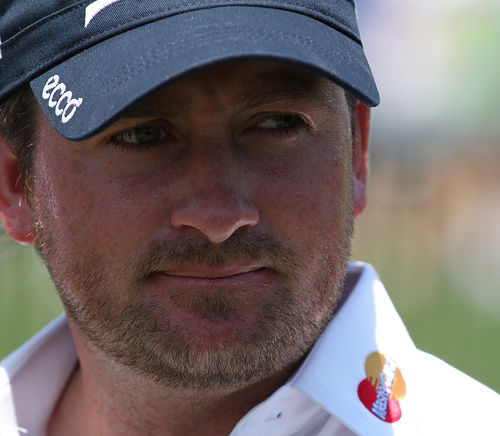 Success at the 2010 US Open – the first time a Northern Irishman has achieved the feat – has propelled the 32-year-old to golfing stardom and significantly boosted his sporting profile.

It was at the age of eight that McDowell’s love affair with golf started under the guidance of his uncle Uel Loughery, who helped to nurture his natural talent and started his rise to prominence. McDowell eventually turned professional in summer 2002 and just under a decade later is among the top-20 players in the world, much to his credit.

McDowell wasted little time winning tournaments after turning pro and his breakthrough year duly followed in 2008 when he made his Ryder Cup debut, although it was to prove a bittersweet experience as Europe were defeated in Kentucky. Nevertheless, revenge was sweet for McDowell as he secured the decisive point two years later at Celtic Manor to help Europe regain the Ryder Cup to cap a stunning 2010 that included his US Open victory, the first Major win of his career. McDowell became the first European to win the US Open in 40 years when he held his nerve to beat the likes of Grégory Havret, Ernie Els, who finished second and third respectively.

By his own admission, McDowell lists “wine, cars and watches” as his luxury items of choice and he also has had an input into a specially commissioned blend of whiskey. He’s an avid Manchester United fan and his commitment to the Red Devils was underlined last April when he missed the Masters par-three tournament in favor of watching Sir Alex Ferguson’s side play Chelsea in the UEFA Champions League. McDowell is also one of band of elite sportsman to have fully embraced the Twitter revolution.

In his own words

On his US Open success: “It’s difficult to win a golf tournament, let alone a Major – I’m just so thrilled to get over the line.”

On a low-key 2011: “I felt like I did a lot of growing up. I went through a process where I acclimatised to being one of the best players in the world and it was a difficult process.”

McDowell is superstitious and only uses white tees.

This profile of Graeme McDowell was provided by golfing holiday supplier YourGolfTravel.com, who are currently running a competition offering people the chance to play against the 2010 US Open champion. More details here:  http://www.yourgolftravel.com/cleveland