Posted on August 9, 2017 by thesportsarchives 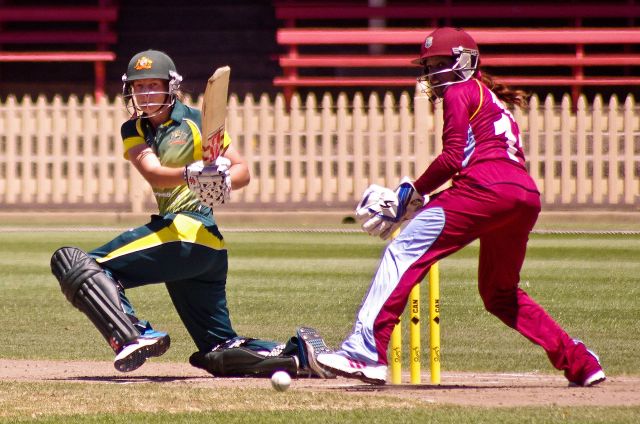 England’s nine run victory over India at Lords in the Women’s World Cup final last weekend was a fantastic achievement for the side and will herald a brand new shiny era for the sport in terms of global audience and television audiences. For the members of the team itself it will be a life changing moment, with their names forever etched in the memory of those who love the sport of cricket. As women’s sports continue to increase in popularity this victory could mean an increase in marketing potential for the sport, but also a chance for the individual members of the squad to take advantage financially.

The prize money itself (£512,000) was split between the 15-member squad equally, and those on central contracts worth around £50,000 and the added bonuses and match fees, the World Cup Victory ensures that there is a pretty significant increase in their annual income. When you throw in the sponsorship and advertising potential, especially for the stars of the side, and you can start to see how the Women’s game could become much more attractive to the everyday sports fan, encouraging young girls to enter the sport as it not only offers a fun way to stay fit and healthy, but also offers a real chance of making a career at the top-level.

As it currently stands the Men’s side of the game receives the majority of the money from sponsorship and advertising coming into the ECB, with the test players enjoying significantly larger sums of money in terms of bat sponsorship and advertising, than their female counterparts. The success of the Women’s World Cup won’t change that overnight, but when you put it alongside Johanna Konta reaching the semi-finals of Wimbledon in the same month and all of a sudden you have elite level female athlete’s for young British girls to be inspired by, and it could be a watershed moment in terms of perception and future potential.

The ECB have already put in place a series of pathways in recent years to help boost the women’s game in England and Wales. Currently there is the All Stars programme designed to nurture participation in the sport, women’s softball festivals and the Chance to Shine charitable initiative. This watershed moment in cricket, the success of Konta in international level tennis and the continued success of the women’s England football team as they play in Euro2017 with a real chance of winning the tournament, should help female participation in sport across the board. From 2020 Women’s cricket will be on free-to-air TV, further advancing the cause.

Anya Shrubsole, one of the stars of England’s win against India, predicts the victory will transform the state of the women’s game in the country. She said after the sell-out victory at Lord’s, with a further 100 million people watching on television world-wide, that “The final was a really fitting tribute to the whole tournament, which has been brilliant from start to finish. We obviously set out to win, but we also want to inspire women and girls to play cricket and hopefully our win, and the way we have played, has done that.”