The Sports Archives – The Future Stars Of The NFL

Posted on June 8, 2016 by thesportsarchives

The NFL is constantly looking towards the future for fresh, new talent. Players retire every season and young players take their place. So, now is the time to look at who the rising stars of the sport are. These players will be aiming to make it big and win titles in the year ahead.

Of all the quarterbacks currently playing in the NFL, none is more exciting than Jameis Winston. He’s the Buccaneers’ hot, young talent and he is certain to have a big future in his position. Things like his on the field decision-making can still get better, but he has the raw talent necessary for this level. At only 22 years of age, you wouldn’t expect him to be the finished product, but he’s getting close to it. This past season with the Buccaneers has made people sit up and take notice of him for the first time. His draft and position in the team have been analysed at thefootballeducator.com too.

After completing his second season at this level, Eric Ebron is starting to look like a strong professional. He certainly had a disappointing rookie season, but that seems to be behind him now. If he keeps on working hard and improving at the rate he has so hard, there’s no reason why he can’t be a great tight end. How he performs next season will be very interesting to see. It could be the year that really propels him up to that next level that Lions fans want to see him playing at. 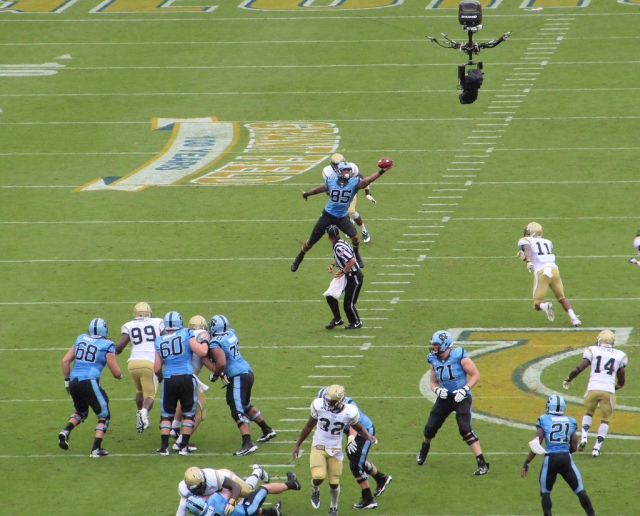 After recovering from injury and surgery not too long ago, Sammy Watkins has begun to prove himself. It’s believed by most people who know the game that he’s a better player than those around him. If he was in a stronger team and was led by a stronger coach, his star would rise much more quickly. Watkins has still done well in recent times though. When he is fit and healthy, he is one of the very best side receivers in the entire league, and there is plenty of competition.

Vic Beasley is a quick player who can bend runs around opponents like few others can. It’s this ability that helps to mark him out as a real talent. If you carries on performing in this way, he will surely be one of the best in the game in a few years time. He has become the key to the Falcons problems in recent times. They would be a greatly diminished team if they didn’t have him to rely on when things are not going too well. Learn more about his stats at https://fantasyfootballers.org/player/vic-beasley_16769/.

This is a player to really get excited about. There are not many like him playing right now. He’s young, and he’s already one of the best players that the Dallas Cowboys have had in recent times. He’s a player that they have already signed up to another lucrative contract, proving just how much they value him. He’s essential to their offensive line, as he would be for any team in the league.