The Sports Archives – Clyde Wetsuits – The Wreck Of The MV Akka!

Posted on January 28, 2014 by thesportsarchives 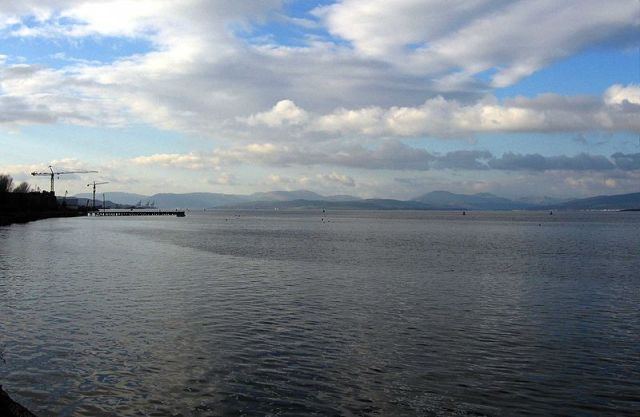 The waters of the River Clyde – Glasgow’s great river – have been the birthplace of many great ships, but they have also been the graveyard of a few others.  The largest vessel to come to grief in the Clyde Estuary was also one of the most recent; the 5,400 ton Swedish freighter, Akka.

Built in Gothenburg at the height of the second world-war, Akka spent most of her life in the Swedish iron-ore trade.  It was on such a routine voyage from her home port of Oxelosund bound for Glasgow that she met her untimely end.  After an uneventful five-day voyage, as darkness fell on 9th April 1956, Akka rounded the Mull of Kintyre and, with Arran on her port beam, entered the shelter of the Firth of Clyde.  As she approached the narrows off Innellan, her master, Captain Sundin, rang down to reduce speed ready to take on the Clyde pilot.  At the same time he ordered the helm to starboard to clear the Gantocks, the treacherous knife-edged rocks south-east of Dunoon.  It quickly became clear that something was wrong.  Akka failed to respond to her helm and, with his vessel approaching the hidden menace of the Gantocks, Captain Sundin rang stop main engine.  Why he did not put his engine astern at this point is unclear.  However, Akka was now doomed.  Although some may had fallen off the ship, she struck hard on the rocks, tearing a significant hole in her hull plating.  Although full astern was now called for, it was far too late to save the fully laden ship and she sank within 5 minutes.

Owing to the position of the wreck, listed by the Royal Commission on Ancient and Historical Monuments of Scotland as just to the north-east of one of the most dangerous navigation hazards in the Clyde, it was initially thought that the Akka could be left undisturbed while salvage was considered, despite the fact that her masts and funnel showed above water, particularly at low tide.  However, later in 1956, a fishing trawler struck the submerged upper superstructure of the wreck and wet-suited naval divers were sent to flatten the upperworks, masts and funnel with explosive charges.  Nonetheless, the wreck remains substantially intact and, lying upright in between around 30 metres of water, is arguably one of the most popular dives on the west coast of Scotland.

Today, the wreck is easily approached, lying less than half a mile off Dunoon and routinely buoyed with a line leading to the bridge.  Its size, depth and generally good condition make it an excellent visit for wetsuit sports divers, although some prefer the comfort of a good drysuit, available from good dive shops such as Wetsuit Outlet, given the chilly natures of these northern waters.  Slack water is not essential, but the river’s currents can be strong outside the natural reef-like qualities of the hull and superstructure.

Although the surface water can be quite murky, by the time the bridge area is reached at 17 metres or so below the surface, the visibility is generally good at around 5 to 10 metres, making underwater photography of details of the wreck and the profusion of marine life to which it plays host an interesting possibility.  Due to its size – over 530 feet long – one dive will not be enough to explore the whole of the vessel.  Given the wealth of recognisable detail which the ship still exhibits, from the holds, with their iron ore cargo still in place, to the accommodation areas, still eerily recognisable as such, to her now deeply silted engine spaces, Akka’s mortal remains are well worth taking time to explore properly.

Drew McMillan is a former Merchant Navy officer who knows the River Clyde extremely well, both as a professional seaman and as an enthusiastic diver and marine historian.  A native of the Cowal peninsular, he can often be found walking the trails of Argyll with his two black Labradors, Pippa and Carra.

Related Blogs:
How To Become A Qualified Diver!
Have You Tried Caving?
10 Of The Most Dangerous Adventure Activities In The World!