Posted on January 27, 2014 by thesportsarchives

Yeah Jamaica we have a bobsled team! 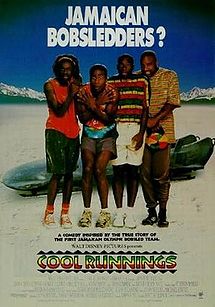 Audience goers everywhere fell in love with the Jamaican bobsled team thanks to the 1993 movie “Cool Runnings.” The film was based on the team’s first time competing in the Olympics during the 1998 winter games. As competitors from a tropical region, the Jamaican team faced derision and scorn during the winter games. No one believed that the team had a serious chance of placing in the Olympics. However, they quickly became fan favorites after being hailed as the ultimate underdogs. Other teams began helping them out through giving them advice about bobsledding and letting them borrow sleds for competition. Although their attempt ended unsuccessfully with a crash, the heartwarming tale still had fans everywhere cheering. (In the movie, the bobsledders carry their sled over the finish line; in real life, rescuers had to come help them.)

Return to Bobsledding After 12 Year Absence

This year, it looks like the Jamaican bobsled team may be gearing up for the perfect sequel to “Cool Runnings.” The team qualified for the Olympics again for the first time in 12 years. And it sounds like it’s going to be an inspiring comeback story. Bobsled pilot Winston Watts, a veteran of three Winter Olympic Games, returned from retirement to help lead his country to the Olympics once more. 46-year-old Watts and his team member managed to qualify in the 2-man bobsled race. He told BBC Sports that qualifying for the Olympics “means the world to Jamaica. We have dominated in summer sports like athletics and now we’ve qualified for the Winter Olympics.”

There was just one catch: the team didn’t have enough money for proper equipment and travel costs. Coach Wayne Thomas told the Associated Press that the team wouldn’t be able to race without it. “We really need money to buy the equipment, specifically the runners (skates for the sled),” he said. “The runners that we are using are very close to illegal right now.” The team needed to raise $80,000 to cover costs of equipment and travel expenses. It seemed like a long shot.

But then the internet got involved. Watts set up a PayPal account to help raise money for his team. In a matter of hours, the team had exceeded their goal. Currently, nearly $200,000 has been raised to help the unlikely team in their Olympic quest. Although no one knows what will happen in Sochi, this much is for sure: the Jamaican bobsled team will be there! 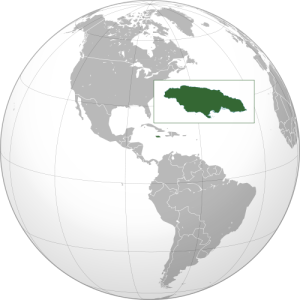 There are few things fans love more than rooting for the underdog. And this story has all the makings of another great film: against all odds, the team qualifies for the Olympics yet again, led by a member of the original team. Difficulty strikes when they realize they can’t afford to travel to the Olympics. Then the goodness of strangers enables them to go to Russia to compete. And at the games—well, who knows? Anything could happen. We’ll stay tuned to find out, because this heartwarming story is one we don’t want to miss. “Oh, man, it’s really overwhelming,” Watts told the Associated Press in a phone interview on Monday. “I’m really happy. I have the whole entire world behind us. The Jamaica bobsled team is very popular…we have fans from so far away. For a little tiny island, it’s so emotional.” As of Monday, five members had been nominated to the team.

Will Chavez is a sports blogger. His favorite stories to cover are those related to basketball and football, but he loves the Olympics as well.

Related Blogs:
4 Facts About The 2014 Winter Olympics!
History Of Curling!
The Olympics: The Greatest Show on Earth?