Posted on January 21, 2014 by thesportsarchives 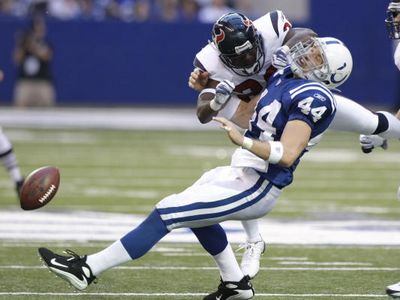 The NFL Players Association’s attorneys in the highly publicized personal injury case are currently seeking damages they won against the NFL for players who suffered severe injuries to their brain and spine while playing for the National Football League.

The settlement, which was originally estimated to total about $765 million dollars for the league is now estimated to be worth as high as $914 million dollars as the attorneys representing injured players are fighting to receive payments from the league to the players most deeply injured by concussions and other brain and spine injuries.

The case, which is said to benefit as many as 18,000 players, has won compensation for players who faced major head trauma while playing. Football is a violent sport, and a major part of the game are concussions, which is trauma to the head that swells the brain.

The players and their attorneys have asserted that the dangerous nature of the game was not disclosed to players at the time of their playing. Once injured, many players were prematurely brought back into play, in a move that may be viewed as the NFL putting the sensationalism of the game over the safety of its players.

The players involved in the suit have been forced to seek damages because of the severity of their injuries. Many of the injuries associated with concussions, which were sustained by former players while in play, can be very serious and often greatly affect a person’s quality of life.

The injuries suffered by many of the players include dementia, Alzheimer’s, Parkinson’s, Lou Gehrig’s, severe depression, suicidal thoughts, and other major brain conditions. Many of the players covered by the suit are now deceased, because of conditions brought on by injuries sustained while playing, and their families will be receiving compensation for their loses.

Now that the judgement has been made on the case, attorneys representing injured players will work to ensure that each injured player is awarded the appropriate funds that are due to them. Certain players fall within specific tiers which mean that they are due funds that correlate with the severity of their damages. For many severely injured athletes and their families, this will mean much needed funds for major medical bills and therapies related to the greatly diminished quality of life brought on by the injuries associated with the game of football.

Some Funds Allocated to Education and Prevention

The NFL concussion case has done more than bring reprieve to ailing players and their families. It has also brought public awareness to the serious neurological issues related to extreme head injuries in a high contact sport like football.

Part of the settlement decided on in the case sets aside $75 million dollars to go toward medical testing pertinent to the issues brought forth in the case, and $10 million dollars toward educating coaches, athletes, and other professionals closely related to the sport about the risks. Many players and their families are confident that this case will have a lasting impact on the safety of the sport.

Jefffrey R. Lamb, is a devoted husband to his wife and in his off time donates his time speaking the applications of Law in every day life. Currently he is an Associate Lawyer at Martin Stanley Law.

2 Responses to The Sports Archives – Lawyers Seeking Settlement From NFL For Brain And Spinal Cord Injuries!