Posted on November 2, 2013 by thesportsarchives 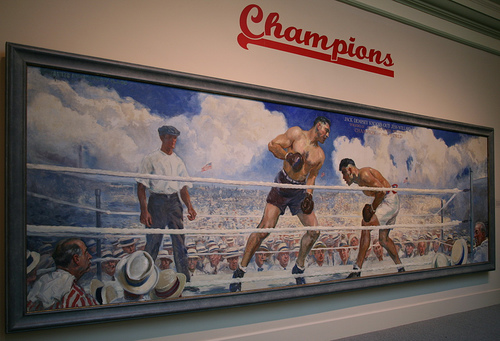 Love for violence is one of the signatures of human civilization throughout the centuries. From the Coliseum in Ancient Rome to the boxing matches on your TV, not much has changed in the past couple of thousand years and for good reason – we like violence. The biggest grossing movies (and the ones getting the biggest budgets) aren’t well-acted masterpieces of cinematography based on a symphony of convoluted plot points and 3-dimensional characters; no, it’s the violence filled blockbusters with linear and painfully predictable story and stereotypical characters with atrocious acting. Still, this is what people like to see on the big screen so those are the most successful movies. Why? You’ve guessed it – because we love violence.

This is why we enjoy watching boxing so much – it appeals to our most primal instincts and desires. The father of psychoanalysis, Sigmund Freud, said that humans only have two basic drives – for destruction and for love, so it’s not surprising that humanity hasn’t taken a single step in the last few millennium from that perspective. But this is where we have to draw the line – boxing isn’t just a violence driven show, a mindless fight where two brutes are bid against each other for people’s entertainment. It’s a form of art, infinite in its beauty. It’s like a sophisticated form of dancing and it involves chess levels of strategy. One wrong move and you’re out. And the matches I’m about to talk about are even more epic than that – they were game-changing and forever left the names of these talented athletes, gods among men, imprinted with bold letters into the giant book of human history.

Fly like a butterfly, sting like a bee has always been Ali’s style. He is one (if not the most) famous boxers of all time, and for good – he was one of the most talented men to ever set foot into the ring. But Joe Frazier III, staying adamant against his acclaimed opponent, didn’t back down even for a second. The two athletes had already fought two times, with each of the titans claiming victory, and this third match was going to decide which one of them truly deserved to walk out of there a winner. Within the hellish conditions, after 14 rounds of unparalleled battle, finally Frazier’s coach threw in the towel. Ali had defended his name once more.

This fight was a bit closer to the present, with Ward and Gatti fiercely fighting each other for a good nine rounds before Ward finally managed to claim victory with a powerful left hook to Gatti’s body. The match was non-stop action and until the end it was almost impossible to say who would be the victor.

This was not the only match-up between the two, but it was certainly the most grueling. The showdowns were in fact so epic, that Ward’s biographical movie “The Fighter” was seriously critiqued for omitting them. 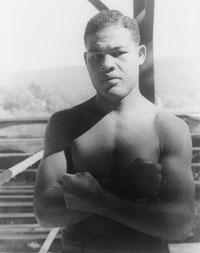 This fight was what we can truly call the anthem of the underdog. Billy Conn facing the boxing legend Joe Louis back then was a match everyone expected would be over in the first round. However, not only did it not happen that way and the fight went on for 13 rounds, but Conn actually almost won. With his impressive display of impeccable defense and flawless technique, he almost brought the colossus down, but in his attempt of going for the KO, he left his guard down just for a second, and it was all the opening Louis needed. Through the whole match Billy Conn was nearly perfect but in the end, two seconds before the bell, he made a slight mistake that cost him the fight.

Author Bio: Paula Sheamus is blogger who loves sports. She works as a coordinator of http://www.cleantoperfection.co.uk/deep-cleaning-sw7-south-kensington/ but in her free time she is in the boxing club and trains hard.

2 Responses to The Sports Archives – The Greatest Boxing Matches!