Posted on January 24, 2013 by thesportsarchives 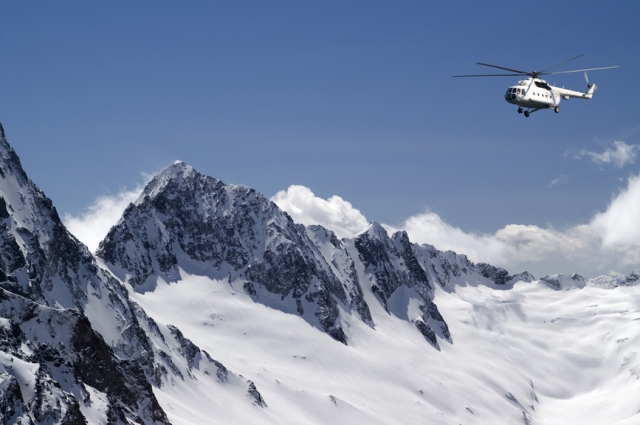 While you and I sit back on the couch, put our favorite movie on, and cozy up with our laptop or phone, there are people out there pushing their bodies to the very limits. Whether it is BASE jumping from the top of a cliff, snowboarding down the steepest of mountains, or windsurfing the oceans’ most brutal waves, some people find extraordinary appeal in the thrill found in these incredibly dangerous activities. Unfortunately, the adrenaline rush that accompanies these activities is short-lived for some, as accidents are inevitable in sports like these. The following is a list dedicated to some of the most horrific extreme sports accidents that the world has ever seen.

Antoine Montant, age 33, was a French professional BASE jumper and extreme sports icon. BASE-jumping involves jumping off of a fixed object, typically buildings, antennas, spans (bridges), and earth (cliffs), hence the acronym, BASE. The accident happened in the Fiz mountain range of the French Alps when Montant’s parachute failed to open upon jumping, thus falling thousands of feet to his tragic death. Montant was a ski and paraglide instructor and was sponsored by Red Bull for his efforts in the extreme sports community. Needless to say, Antoine Montant perished doing what he loved.

Michael Ybarra was not only an extreme sports journalist, but he also went out to do the deeds himself. He was a renowned mountain climber when he was not in the office writing about his and others’ escapades on the cliffs. Unfortunately, his climb up Yosemite’s Sawtooth Ridge would be his last. The veteran mountain climber fell approximately 200 feet to his death from the challenging ridge; it was known to be a peak for only veteran climbers to scale, like Ybarra. His pieces in the New York Times reflect his love for the outdoors and extreme sports. Ybarra was only 45 years old.

Sarah Burke, 30, was a Canadian professional skier, mostly freestyle, who perished in a skiing accident. She was a well-known and world-renowned skier, winning 4 Winter X Games gold medals, claiming the world championship on the halfpipe in 2005, and even lobbied to get her event into the 2014 Winter Olympics, in which she was successful. The accident occurred on January 10th, 2012 when Burke was practicing on the Park City Mountain Resort Eagle in Utah. She failed to land a jump and landed on her head, eventually going into cardiac arrest. After being resuscitated, she went into a coma and eventually died from her injuries a little over a week later. Being such a well-known individual in extreme sports, her death caused some controversy regarding the sport of freestyle skiing and other extreme sports that put one’s life at risk.

Shane Murphy was one of the most famous wingsuit jumpers of all time. Wingsuit jumping involves jumping off immensely high structures, like BASE-jumping, and hurtling towards the ground. However, unlike BASE-jumping, the person wears a special suit with extra fabric between the legs and under the arms, somewhat resembling a flying squirrel or a bat. Shane Murphy successfully completed over 1,000 jumps in his famed career. Unfortunately, his jump of the Alps mountaintops would be his last. Only weeks later, the French town famed for these wingsuit jumps ultimately banned the use of wingsuits as a result of recent deaths.

Patrick de Gayardon revolutionized the sports of skydiving and BASE-jumping. He was one of the first people ever to skysurf, which involves skydiving with a snowboard in an effort to create incredible acrobatic moves in the air. He was also very famous for his stunts in a wingsuit. Unfortunately, de Gayardon was never satisfied with his stunts, as he was always looking for ways to improve upon himself. He died testing a modification he was making to his parachute in a skydiving accident.

Sion Milosky, 35, was a famous Hawaiian big-wave surfer who was killed by, what many speculate as, the biggest wave ever. The wave that took Milosky’s life was over 60 feet tall. The spot in which he caught the wave is notorious for producing some of the world’s largest waves. Northern California’s Maverick’s has been a hotspot for big-wave surfers all over the world. Milosky was sent into the water by the first towering wave, and was held under without time to resurface when a second mammoth wave quickly bore down upon him. Paramedics responded, but 20 minutes too late. His death sparked concern in the community of big-wave surfers across the world.

Stephen Murray’s accident did not result in permanent death, but the crash was so horrific and severe, that he was ruled dead for several minutes. Stephen Murray was pioneer in BMX biking, winning the BMX Dirt Gold medal and was consistently ranked as one of the best bikers in the world before his career-ending injury. The injury happened when Murray could not fully rotate his bike for a full backflip, resulting in a crash-landing directly on his head. The crash instantly broke his neck, as he even stopped breathing. Paramedics on the scene were able to revive him and rush him to the hospital. Murray is paralyzed from the shoulders down.

Accidents happen in sports every single day. Football players take on incredible physical abuse every day in practice and games. Baseball players witness a ball hurtling towards them at 100 miles per hour all year-long. Some, however, take it to the next level. Big-wave surfers dance under waves resembling skyscrapers. BASE-jumpers jump off of buildings like they’re jumping out of the first floor bedroom window. Extreme sports athletes are adrenaline junkies that are constantly searching for something to top their last stunt. Though many claim that their actions are ignorant, they are doing what they love. They are doing what makes them happy, even if it means their next stunt could be their last.

If extreme sports is something that you love or want to get into then the experienced team at Last Frontier Heliskiing can help you make your dreams a reality. To learn more and to see what you can do visit their website.

Related Blogs:
What Makes Extreme Sports So Popular?
A Brief Guide to the World’s Most Dangerous Sports!