The Sports Archives – The Dangers of Cheerleading!

Posted on January 2, 2013 by thesportsarchives 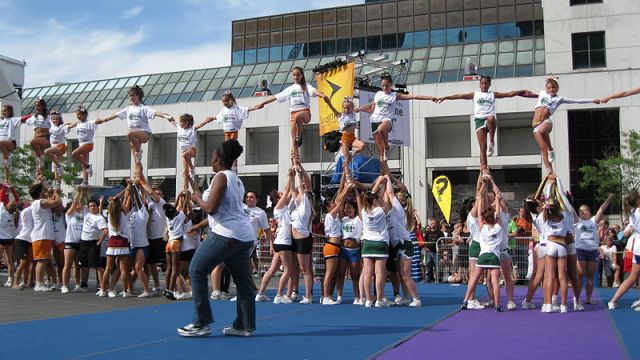 The perils of most sports are obvious and well documented. The governing bodies of the disciplines evolve and enforce safety regulations and referees penalize participants for dangerous play. In many activities protective clothing is worn like head guards in rugby, shin pads in soccer and helmets in ice hockey. There is an activity, however, where highly complex and dangerous stunts are performed often with no protective equipment and with little regulation. Surprisingly cheerleading is more dangerous for girls than any other high school or college sport in America and catastrophic injuries are on the rise.

Cheerleading is an important part of school and college life in America with 3 million participants. Many take part in tournaments and the competitive nature of these together with the desire to produce ever more spectacular displays in support of the teams, has led to a dramatic increase in the complexity of the stunts performed. The increase in the popularity of the activity could also be partly the result of many schools dropping their gymnastics teams in the 80’s due to penal insurance policies. The gymnasts migrated to cheerleading as outlet for their skills. The routines are getting more gymnastic and increasingly extreme; leading to many severe injuries and even fatalities.

In 2008 there were 30,000 emergency room admittances related to cheerleading. Between 1982 and 2007, 73 catastrophic injuries and 2 fatalities were reported. A catastrophic injury is one resulting in severe neurological damage or paralysis such as that sustained by Rachel Sneath in 2004. Rachel, who was 18 years old at the time, fell during a practice session and was paralyzed from the waist down. In 2005, 14-year-old Ashley Burns from Massachusetts died after being thrown in the air during a stunt. She landed on her stomach and ruptured her spleen. In the 25 years to 2007, 65% of catastrophic injuries in female school and college sport were as a result of cheerleading. Participants often wear no protective equipment and outside of competitions rarely use mats. 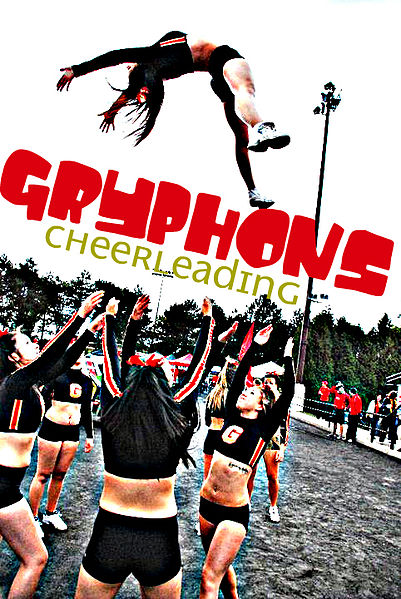 Unfortunately cheerleading is not officially recognized as a sport in many US states and therefore has the status of an activity which puts it in the same class as chess! If it is not recognized as a sport there are no regulations governing training and good practice leading to inadequate coaching and few safety procedures. The situation is further complicated by the sheer number of different cheerleading organizations across the states which have varying regulations. There is a body who oversee coaching, The American Association of Cheerleading Coaches and Administrators, but they only recommend safety guidelines which the various governing bodies can choose to adopt as regulations if they wish. There are increasing calls for more stringent regulation but the fact that many cheerleaders do not cheer competitively is an obstacle to declaring the activity as a sport and taking it under the wing of existing sporting authorities. The USASF (United States All Star Federation) have recently introduced new safety rules but this body govern only competitive cheering which still leaves issues with the schools and colleges.

Clearly changes need to be made. Critical injuries are becoming more common as the activity gets ever more extreme. Cheerleading must gain sporting status everywhere, introduce official coaching qualifications and establish unified safety regulations to ensure the well-being of all its participants and eventually, cheerleaders may indeed have to wear rugby styled head guards!

Sally S writes on a wide range of subjects – everything from extreme sports to music.

Related Blogs:
Is Cheerleading Considered a Sport?
A Brief Guide to the World’s Most Dangerous Sports!