The Sports Archives – Unnecessary Pressure Or All In The Game?

Posted on July 21, 2012 by thesportsarchives

A lot of people found it strange to hear the pre-Wimbledon men’s final comments that Andy Murray had the “pressure of a nation” on his shoulders as he went head to head with 16 time grand slam winner and, let’s face it, the best player ever to play the game – Roger Federer. 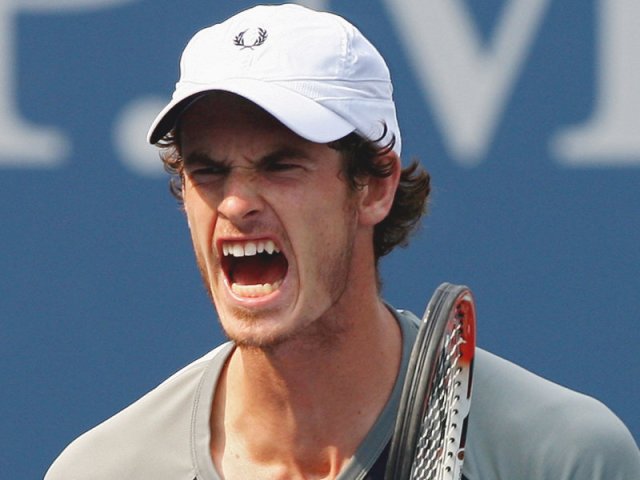 Andy Murray has plenty of fans, but not everyone appreciates his demeanour, his personality and the reports that he can be melodramatic (without evening mentioning his mother whom some people can’t stand!) That said, many people warmed to him over the Wimbledon fortnight as he plays the game the right way, has nerves of steel, is totally relentless and let’s face it does not grunt his way through matches, which is as rare in tennis as a footballer without a tattoo and not strutting around a pitch earning a zillion pounds a week.

Anyway back to Andy Murray and having got to the final (first Brit since 10BC or whenever it was), all of a sudden he had insurmountable pressure on his shoulders despite playing the greatest ever player, being seeded the lower of the two and being ranked lower in the world rankings since year dot.

He played great, he fought with everything he had and cried at the end (okay some aren’t keen on public tears, but the girls liked it and the nation went crazy). But my question remains, do the press and tabloids put a weight of expectation on successful British athletes’ shoulders that is as unnecessary as it is unwelcome?

Look at the era he is in, ranked 4th in the world behind Federer, Rafael Nadal and Novak Djokovic and, going through the annals of Wimbledon finals, I ask just how many would he have won if up against finalists including Tomas Berdych (2010), Mark Philippoussis (2003), David Nalbandian (2002) and Cedric Pioline (1997).

So it is time for a little bit of perspective when it comes to Andy Murray. His achievements this year outstrip those of previous years and that means he’s on the up. He may have earned a bit more support along the way which is great news for coming tournaments and he went toe to toe with Federer on what has become the Swiss’ home turf.

Therefore the British press should embrace Andy Murray getting to the final in the same way I am sure they would have if England had reached the final of the Euro‘s, although that could be a dream too far.