As summertime is nearly upon us, and nations begin to slowly ease lockdown restrictions (thankfully), the chance to get out and about again in safety is on the horizon. That said, this may well be the time to get yourself in gear for your favourite summertime sports activities. Not only will they help you get fit and healthy, but they will also help you up your game in front of your friends.

Racket sports are great for lowering blood pressure and increasing your brain’s ability to stay focused and alert. Coincidentally, racket sports are highly recommended for preventing are-related conditions such as Parkinson’s and Alzheimer’s disease. Additionally, these sports also tone and strengthen the arms and leg muscles, and restore physical balance in the body due to the repetitive left and right movements. Listed here are three great racket sports to learn this summer.

Tennis, the king of racket sports, originated in France and was initially played with just the palm of the hand. You may think that it looks so simple and easy to learn – after all, it’s just a glorified bat and ball, isn’t it? Eh, no, it isn’t. Sorry to burst your bubble, but tennis is a highly specialised game with master techniques that many amateur players often overlook. Granted there’s nothing wrong with some leisurely tennis as it’s a great form of exercise – but if you’re looking to up your game in style, then think about spending some time with a qualified coach.

This racket game originated in Britain as early as 1804 and has been recognised as part of the Olympics games since 1992. As gentle as badminton looks while watching, do not underestimate the sheer stamina needed to excel in this sport. On the first view, badminton seems to have a somewhat lesser intensity than tennis – mainly due to the light-weight racket and an even lighter shuttlecock. There is still an ongoing debate about whether badminton is actually more difficult than tennis. For your sake, ignore the debate and learn to play the game, that way you can decide for yourself which game tickles your fancy. 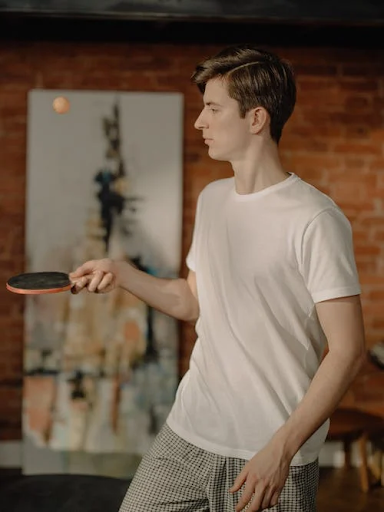 So if you can’t decide between tennis or badminton, why not try a lesson in pickleball! As odd as the name sounds, pickleball marries both badminton and tennis with a touch of table tennis. It originated in the United States in 1965 and is not yet formally recognised in the Olympics games. It can be played between two people as a singles match, or between four people as doubles. The aim of the game is to use your pickleball and racket for serve and score points in the opposing court. The best pickleball rackets (or paddles) are made from wood and composite material and cost anything from $100-$150. The pickleball itself is on average 35 small round holes and is made from polymer material.

With these three racket sport options, you can enjoy an active summer while learning something new.