Posted on August 16, 2018 by thesportsarchives 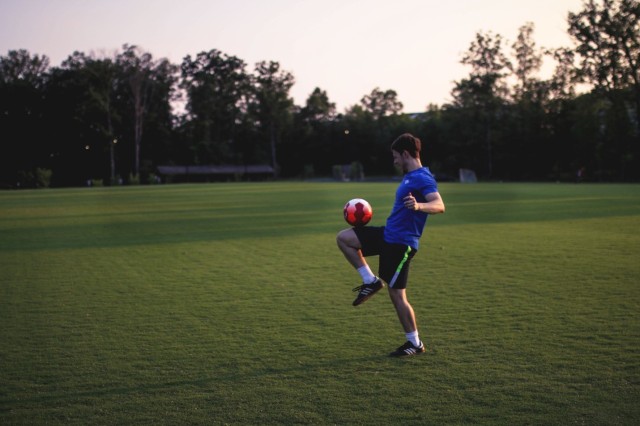 Little League Baseball, watch out! Soccer is on the rise in suburbia. In the last decade, soccer’s popularity among youth of all ages has tripled in America’s backyards, school playgrounds, and town parks. As with so many other things, as the suburbs go, so goes the nation.

Soccer has long been one of the most popular sports for kids. Traditionally, as kids get older soccer has lost ground to football and basketball, but in recent years we’re seeing more kids stick with soccer through high school.

In fact, among major World Cup contenders, the U.S. has the most youth soccer players—trailing only China. And although the U.S. found itself out of luck in the 2018 World Cup, soccer’s popularity as an American youth sport continues to grow.

One trend in soccer’s favor is that, as we learn more about the long-term brain health risks of football, more parents are encouraging their kids to stick a healthier sport—especially soccer, which many kids were already playing.

People living in the suburbs are more likely to be tuned in to new health and science information, putting them at the forefront of a gradual shift we’re seeing away from football.

Another trend we’re seeing is that the suburbs are becoming more diverse, and soccer is popular all over the world. As more immigrant families climb the ladder into the middle class and settle in the suburbs, they bring their cultural traditions with them—including a love of soccer.

This is helping soccer to gain more acceptance as a “cool” sport, suited not just for “little kids” but for teenagers too.

It’s Simple to Set Up and Play

All you need is a soccer ball and someplace flat—which the suburbs, with their abundance of parks and fields, excel at.

It’s not an expensive sort to play, either. The safety equipment is very affordable, even for goalies. The most expensive part of the operation is a good soccer net, or a pair of nets for the full-field experience, and even those aren’t hard to come by. You can get really good quality ones at low prices, and nowadays they come in portable versions that are easy to set up and take down—perfect for taking the kids to play at the park. This is a centerpiece of youth life in suburbia, where, alongside formal leagues and teams, we see a lot of kids playing casually with friends.

This is a common way for suburban families to bond—having kids over to play together and practice, while the adults get to know each other better. Add a soccer coach to the equation, and some rad soccer jerseys, and you’ve got a fully formed casual youth soccer experience.

Just like any other sport, you’ve gotta start ‘em young, and soccer is no exception. In the suburbs many parents get their kids into soccer right from elementary school, or younger! Even a three-year old can kick a ball around the yard, and suburbia has many coaches and companies that specialize in providing athletic experiences like soccer to very young children.

Many young children take to the teamwork aspect of the game. They also love the opportunity to travel for out-of-town meets, because it means getting to go on a big adventure.

If the trends we’re seeing in suburbia take hold in the rest of nation, soccer will only grow as one of the most popular sports in the country. So be prepared for adventures ahead! Who knows? Your kids may even end up in the World Cup someday.