Posted on February 27, 2018 by thesportsarchives 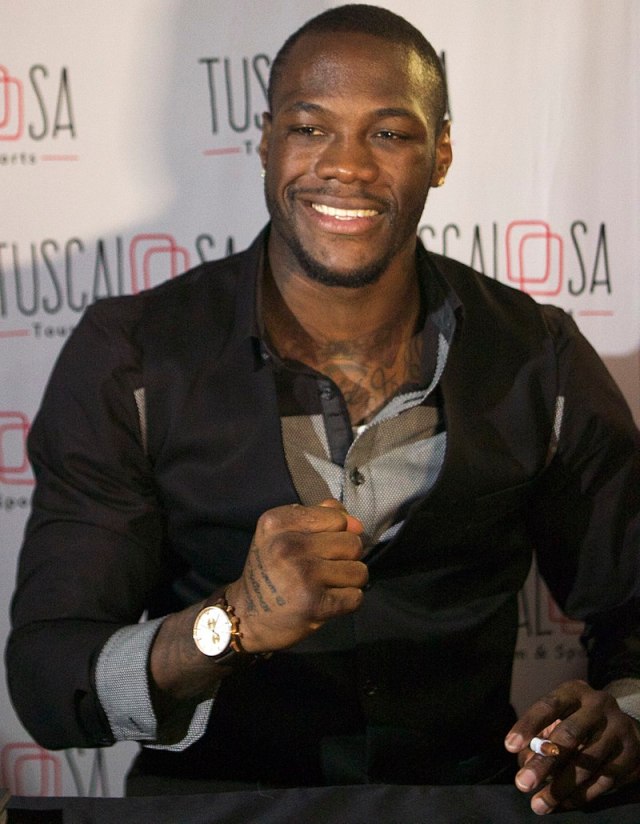 The Heavy Guns are in place!  Deontay Wilder will defend the WBC Heavyweight Title before Luis “King Kong” Ortiz at the Barclays Center in Brooking on Saturday, March 3, in a boxing match that ought to have taken place a long time ago. After a brief doping scandal nearly put an early end to the fight, the Cuban-born Ortiz and America’s own Wilder will finally face off and put to rest any speculations about how early and in which direction the knockout will fall. Showtime will be broadcasting this next big fight live on Saturday Night after 8 pm ET.

We will now go on a quick examination of the records for both these heavyweight titans and venture to make some predictions for the upcoming bout, with the aid of our esteemed boxing odds expert friends for added action value.

Everyone has a Past.

Let’s face it, Luis Ortiz is everybody’s emotional favorite, he’s the older fighter -at 39 years of age- is stout-looking and hard-working man, and he stems from a country where making a name for yourself is no simple thing. When statements about some high blood pressure medications arose recently on the press, his involvement in heavyweight world of boxing was almost permanently terminated, however, luckily for Ortiz and for boxing fans everywhere, he was just fined $25,000 and let go with a grin. He seems determined to take the belt from under Wilder’s nose, and he might just use one of his devastating hits to accomplish it. Keep in mind that this type of actions will affect the betting odds of the boxing match, no matter which sportsbook we are talking about.

Wilder is no stranger to misdemeanor, but his offenses might more easily fall on a typical manner of American boastfulness. He has a big mouth and has run with it to depreciate his rival in every inventive fashion imaginable and during any media outlet he could lay his hands on; just recently, the “Bronze Bomber” was made to serve no less than 60 hours of community service due to a marijuana possession incident. Wilder has held the Heavyweight Championship Title since 2015, and his 83 inch reach could prove the nail in the coffin of Ortiz’ aspirations.

The Nitty-Gritty of the Affair

Wilder comes in to this fight with an unbeaten 39-0 record and 38 knockouts, he beat Bermaine Stiverne and sent him flat to the ground in under one round just last November. He’s 6,7 feet tall and possesses a powerful right arm attack that has provided him with plenty of victories throughout his career. While he may be yet lacking a strong technique to support his towering presence, he has what it takes to bring down just about any boxer he meets, and he has done so repeatedly and with tremendous speed in the past. It remains to be seen if he can endure a long session before the likes of the gargantuan Ortiz. Lest I forget, you can find odds online for the Wilder vs. Ortiz fight, as well as for other boxing matches at odds super market.

We can find just as many Knockouts in Luis Ortiz’ flawless 28-0 boxing record and he owes most of his successes also to a similar combination of colossal proportions and his unstoppable southpaw technique. This 6,4 athlete from the tropical isles of the Caribbean last tested his skills before an unsuspecting Daniel Martz, who succumbed to a knockout on the second round of the fight. Surprisingly, Ortiz has managed to keep his amazing size from curtailing his movement range on the ring, and his speed on both offense and defense might ultimately lead Wilder to make a fatal mistake and land the finishing punch.

Ortiz is unlike any other boxers that Wilder has ever encountered; the sheer size of the Cuban pugilist is the stuff of the scariest boxing fantasies and that is the main reason I’m going with the underdog this time. Wilder may still win the day and he has every tool to achieve it, but, I believe that Ortiz will find the right moment to use his legendary southpaw and become the new bearer of the WBC’s heavyweight title.