The almighty copyright symbol was already one of the most important tools in protecting creative ownership and usage rights. With a growing usage of the internet and digital media, its significance has increased tenfold!

The world is presently in an era of technological supremacy. Laptops, tablets, smartphones, wireless networks, streaming…the power of global connections now dominate everyday life. Consequently, sports, along with many other services, are now at the public’s fingertips via the internet. There are online sports merchandising sites like www.ONLYSPORTSGEAR.com which service your sporting equipment requirements. However, in being driven by a huge business industry, critical copyright properties and ownership laws apply to nearly all sports media that passes over the airwaves. In regards to what “is and isn’t allowed” in the realm of streaming sports and broadcasts, it may be surprising to some people just how many rules there are regarding public access to games on the internet. Here is a brief overview of the mechanisms at work in the online sports trade.

The Basics – Accessing a Game

Online networks like Fox Sports and ESPN are responsible for much of the official sports coverage across the globe.

An analysis of the online sports service should begin with how a spectator watches a game. Via public airways, there are a couple of different options available to patrons, including live-streaming on the web, and watching the broadcast on a television channel. In the interest of encouraging the local community to watch the game in person, broadcast organizations often partake in geo-blocking access to locations for some games (i.e. broadcasters may restrict German spectators from watching a German home game online). Geo-blocking does have its workarounds, some of which are not even considered illegal (according to the terms of service and the exact “verbiage” of copyright laws) but it is instituted for the purpose of maintaining business.

So some games are meant to be restricted – what does this do to the future? 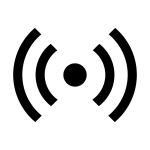 Relatively new, streaming has only gained much of its popularity in recent years, but it is rapidly becoming one of the most-utilized tech resources on Earth.

Think about it; many sports channels are only available via cable and paid television services. Public television is available for general viewing, but part of the financial aspects of sports includes agreements between broadcast companies, media distributors, and so on. Unfortunately, due to the rise of the internet and “technological interconnectedness” over the past decade, businesses that work in the media are having a harder and harder time in keeping control of what is available for free, and what requires monetary investment. After all, “backdoor streaming” a football game that is not available via official access routes is technically internet piracy. Without question, the power of the internet has created instability between the public community and the streaming industry for sports. As the web becomes more popular, and integral to modern life, businesses will only have a harder time maintaining control of their resources, and the people will become ever-bolder in seizing what they can for themselves.