A sport mandates 2 main criteria – competitive spirit and a test of the participants’ physical or mental conditioning. In fact, there are even some athletics that are regarded as sports which only meet one of these criteria, but regardless, provided that these are present in some fashion, there really is no reason not to consider a social or cultural activity a “sport.” Sports come in a variety of styles and mechanics, but they each earn their recognition through the fact that they inspire competition, teamwork, and passion in participants. Yet, when it comes to examining the array of activities that could be classified as sports, drawing a line that separates the competitive from the purely-recreational is exceptionally difficult. This is because the potential for “becoming” a sport is present in nearly everything – the deciding factor is whether an activity can be portrayed in a sporting way. Consider, as an example, painting; it is presently unfavorable in society to recognize painting as a sport, because the competitive potential of it has not been manifested in a division, organization, or event of the activity. Instead, painting is widely acknowledged as a form of art – something that explores and deepens humanity (and its many qualities) without involving the aspects of human rivalry that classify a sport. But what if an activity can be both an art form and a sport, even if not necessarily at the same time? What if something can be considered artistic in some ways and competitive in another? One of the most profound (but discounted) examples of this unique ‘hybrid sport’ is found in the field of martial arts. 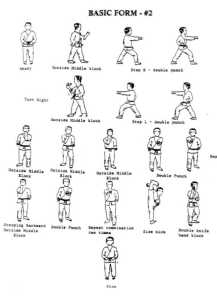 Forms are a component of the more artistic side of martial arts. Imagine choreographing a dance routine or stage performance using only self-defense moves!

Not only are the martial arts diverse (there are a plethora of various fighting techniques and “root” styles, originating primarily from the countries of Japan, China, and Korea), but they can be practiced, instructed, and celebrated in multiple fashions. The artistic facets of martial arts manifest themselves in a variety of ways, including the elevation of a clean fighting technique and the vigorous refinement of forms – eloquent, methodical sequences of moves that can be considered the martial arts-equivalent of dance numbers. The sporting elements of martial arts, on the other hand, are most notable in the live sparring of two students or, more generally, in its physically-demanding, “martial” nature. One of the greatest elements of martial arts like Kung Fu, Karate, and Tae Kwon Do is the variety that can be pulled from the aspects that define them; participants and practitioners are able to capitalize on a selection of said aspects which best suits them, much like a baseball player may become a pitcher or batter for their career. Likewise, martial arts students may choose to focus solely on the development of forms, while others may favor the sparring. Martial artists who choose to specialize are not any less artistic, nor athletic, for their decisions.

This image compiles the 2 fundamental components that go into martial arts as a sport. On the left, group forms are executed with focus, discipline, and teamwork. On the right, 1-on-1 sparring demonstrates the competitive nature of martial arts, and clearly displays just how physically taxing such activities can be.

What else about the science of martial arts makes it an activity worthy of recognition as a ‘sport’? Remember that no sport is capable of prevailing without support. A sport’s following – fans and people who have dedicated and committed themselves to the instruction, evolution, and endurance of a sport – is what completes it. The same holds true for martial arts. In the United States, approximately 18 million individuals were involved in martial arts over the past year. Additionally, martial arts schools across the U.S. number close to 30,000. Each year, in America alone, numerous Tae Kwon Do competitions are held at the regional, state, and national levels, and participants follow what they do as passionately as any sports player. The sporting nature of these arts is most relatable at said competitions, where students from various locations across the country congregate and compete with each other. Forms are compared, sparring matches take place, and, most importantly, comradery develops out of a shared passion for one’s pursuits; such traits are just as common in any major sport.  Tae Kwon Do is just one form of martial arts you should learn. 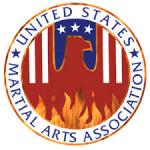 The United States Martial Arts Association functions as a nonprofit “governing body” to unify and sponsor martial arts divisions and denominations in America.

In upholding the importance of both artistry and healthy competition in human life, and with a tremendous community of committed followers, the realm of martial arts has defined itself as well as any sport across the globe. Perhaps it may seem peculiar that a sport which promotes concepts like fighting and combat proficiency could achieve such popularity among a vast public body, but, truthfully, martial arts is so much more than a fancy method of hitting someone.