The Sports Archives – The History of Wimbledon Programmes!

Posted on July 9, 2014 by thesportsarchives

The All England Lawn Tennis Championships (later named the Wimbledon Championships) started at the All England Lawn Tennis and Croquet (AELTC) Club located in Wimbledon, London, England. It is considered the oldest Grand Slam tennis tournaments in the world with the first tournament held in 1877. The US Open started shortly afterwards in 1881, the French Open starting in 1891 and the Australian Open starting in 1905.

Central London luxury hotel, St Ermin’s Hotel based in Westminster, takes a look through the history of the tournament.

The 1887 tournament was played over five days over the first week of July from July 2nd to July 7th. It was the 11th staging of the Championships, although it was the first of the Wimbledon tournaments to utilise a programme. The trophy was inscribed with “All England Lawn Tennis Club Single Handed Championship of the World”.

The 18th staging of the tournament was held between July 9th and July 18th 1894. Joshua Pim from Britain defeated fellow British player Wilfred Baddley to win the men’s singles final. Wilfred and his brother Herbert Baddley went on to win the men’s doubles by defeating another British double, Harold Barlow and Ernest Lewis. 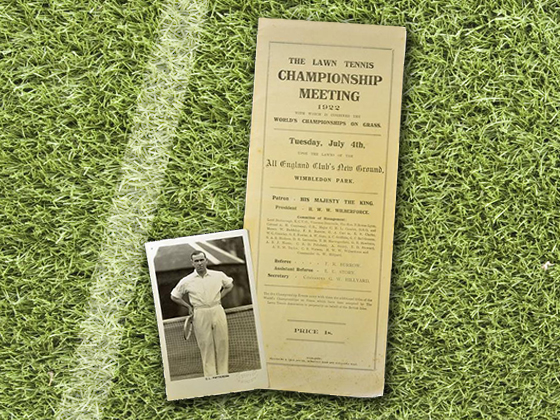 The present site in Church Road was first used in 1922 for the tournament that ran for two weeks.

The tournament was historically important, as it was the first tournament all defending champions were required to play in the main draw compared to previous years that used an automatic system called Challenge Round used by the Ladies’ Singles and Men’s Singles & Doubles.

Wimbledon is usually the first Grand Slam tennis event of each year but in 1932, it was the third event of the year starting on June 20th and ending on July 2nd. 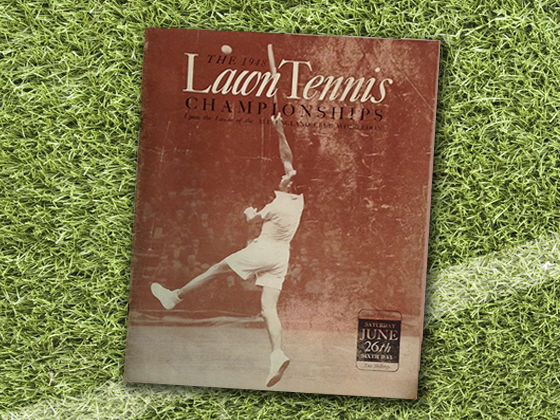 The 1948 tournament ran from June 21st to July 2nd and was the 62nd staging of the Wimbledon Championships. Similar to the 1932 championships, the tournament was the third Grand Slam tennis event of the year.

The 62nd staging of the Wimbledon Championships and the third Grand Slam tennis event starting on June 21st and finishing on July 2nd. 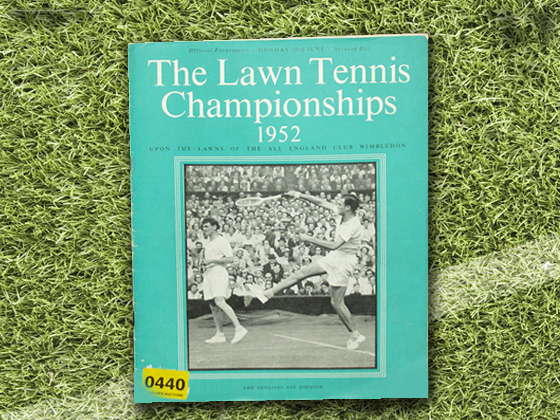 In the 1950s, Wimbledon introduced colour programmes as seen on the above programme for the 1952 tournament, which was the third Grant Slam event of the year lasting one week and four days, starting on June 23rd and ending on July 4th. 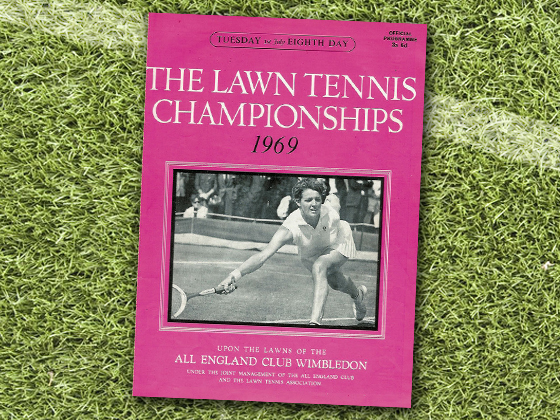 The 88th staging of the tournament and the second Grand Slam event of 1974 was held between June 24th and July 6th. 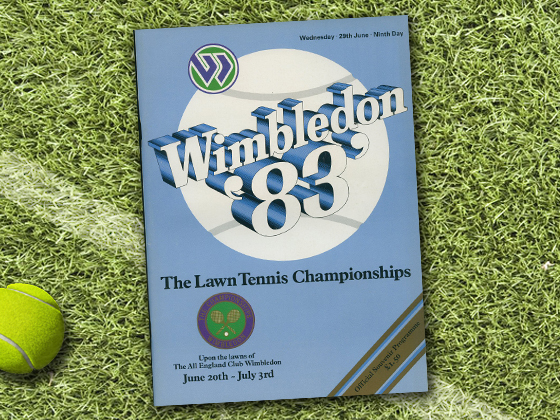 The 1983 tournament was held between June 20th and July 3rd at the All England Lawn Tennis club in Wimbledon, London.

The 104th edition of the Championships was held on the grass courts from June 25th to July 8th 1990.

In 2007, the Wimbledon Championships saw a few major changes to the competition. Centre court obtained a roof which allowed the court to be used even if it was raining outside, which enabled the loss of play to be reduced significantly. Equal prize money was available for the winners of both the men and women’s single championships. The longest men’s single final was played in 2007 between Swiss Roger Federer and Spanish Rafael Nadal, which lasted 3 hours and 45 minutes. 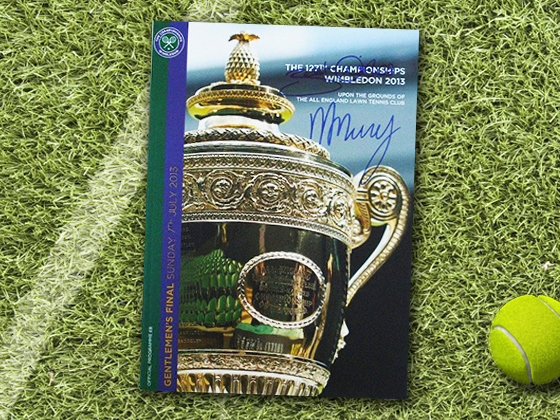 In 2013, the grass courts were used to host the third Grand Slam event of the year between June 24th and July 7th. The event holds historical value, as Andy Murray became the first name from Great Britain to win the singles title since Fred Perry in 1936. American doubles team, Bob and Mike Bryan, was the first team to hold all four Grand Slams and Olympic Gold at the same time for the United States.

1 Response to The Sports Archives – The History of Wimbledon Programmes!