The Sports Archives – Women Do Have A Place In Sports Broadcasting!

Posted on January 6, 2014 by thesportsarchives 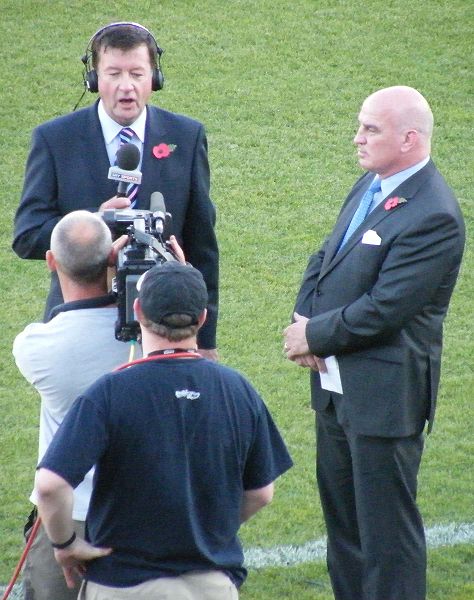 Daily Mail columnist Brian Viner has caused a storm by calling female sports broadcasters blonde bimbos and asserting that they have been chosen only to attract a female audience. According to Viner, female presenters are not qualified for the job and are only hired for their looks. As a female sports fan I am horrified by his comments as I have long bemoaned the absence of women in the world of professional football. Viner probably thinks I have no right to follow the sport.

Little wonder than women have found it so hard to break through both in football and football journalism. This is a world which is dominated by men and many of them clearly still believe that the females of the species are incapable of understanding 22 men kicking a ball around a bit of grass. Just look at the comments of Andy Gray and Richard Keys in that infamous commentary when they were criticising female referee’s assistant Sian Massey. They had thought that their microphones were switched off but that doesn’t excuse the sentiment.

The joke that women cannot understand the offside rule is a rather old one but clearly hasn’t had its day. As it turned out Massey’s decision had been right and the two broadcasters were fired but you have to know there are plenty of men in the business who think the same way.

Not Just A Pretty Face

I am not suggesting that women should be employed to make up the numbers. We don’t need tokenism. Everyone should be employed on merit and there are many female broadcasters doing a fine job right now and they certainly aren’t bimbos. All women ask is that there isn’t a presumption that they cannot comment on or work in football or that their understanding is inferior. Having a pretty face does not preclude you from being a good broadcaster or understanding the offside rule! 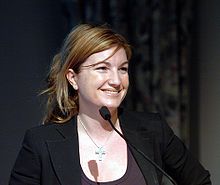 Whilst women have started to break into broadcasting there are no female managers at professional clubs and few female officials. Women are, however, in charge of clubs. Leaders like Delia Smith and Karren Brady have done sensational jobs of controlling football clubs at the highest level but still men don’t get it. If women are capable of running a company, a football club or even a country they can certainly comprehend the rules of the sport.

Football is such a silly world. When a man acts in error they have simply made a mistake but if a woman errs it is because she is a woman. The clubs and broadcasters are happy to take money from female supporters but evidently they are not allowed a voice or to work in the sport. They should confine themselves to watching on TV, kicking about a football in the park with the kids and paying their sky subscriptions. What rot! It is reminiscent of the days when women couldn’t vote. Viner’s comments belong in the dark ages with the dinosaurs.

Sally Stacey is a keen writer, business owner and football fan. She divides her time between writing and running her shop.

Related Blogs:
Breaking Down Barriers – Arab Women in Sport!
Women Enjoy Football And Other Sports More Than You Might Think
No Women Allowed!

1 Response to The Sports Archives – Women Do Have A Place In Sports Broadcasting!