The Sports Archives – Pool: The Sport Of Kings And Laymen!

Posted on June 13, 2013 by thesportsarchives 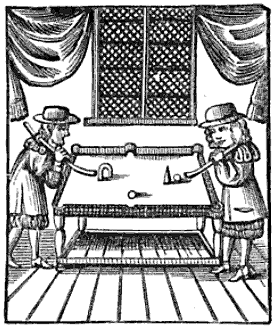 The game of pool, and its many influential variants, has been around for over five hundred years. Over the course of this time pool has evolved to become one of the world’s most popular sports and a game that is played widely in bars, clubs and by men, women and people of all ages.

One of the reasons for the success of pool is down to its sheer simplicity. The rules of the game can easily be mastered and explained to a five-year-old. In addition to this simplicity, pool happens to be one of the cheapest and most accessible games of sport that it is possible to install in your home, with tables starting from as little as £200.

Easy to Play, Difficult to Master

Getting to Grips with Pool

Pool is also considered to be a great means with which to develop hand to eye co-ordination and concentration, meaning that if you are considering investing in a pool table for your family home then your children stand to benefit from their practising of the game.

One of the key reasons why pool has remained so popular throughout history is also due to its quick set up time and the ease with which it is possible to set up a table almost anywhere.

The accessibility of the game has furthered helped its popularity. The first coin-operated pool table was patented in 1903 and subsequently installed in bars across the world. The cost of playing a game on these very first tables in England was the very affordable price of one penny, meaning that this variant game of billiards was no longer a game for the wealthy as it had been centuries earlier.

More recently, the advent of the internet has given rise to a number of retailers who opt to sell pool tables online; meaning that a quality table can be installed in your home with minimal amount of effort and cost – a circumstance which further goes to underline how pool has come to be considered as a game for kings and laymen.

The Benefits of Practising Pool

One of the more interesting pieces of information concerning the game of pool relates to the belief that it instills in the player a sense of focus, thought and consideration.

Research has found that those who play cue sports such as pool and snooker are far less likely to panic when faced with a crisis. The psychological make-up of the cue sport player is perhaps largely influenced by the amount of consideration and time that a player takes in deciding upon their next shot. 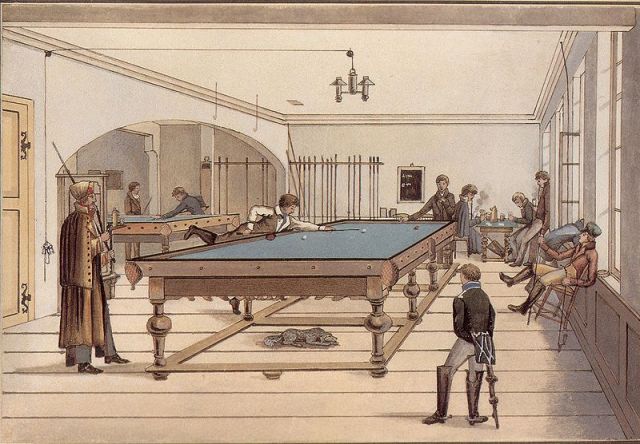 Patience is a Pool Player’s Virtue

Furthermore, as with the game of chess, pool players are often required to think several shots ahead and more given to rational decision-making processes that take the long-term run of play into account.

To this end, pool requires that the player remain calm and considerate of everything that is happening on the table whilst also utilising concepts of mathematics and physics so as to determine the best approach to play.

The majority of sports require an almost instinctive and immediate response on the part of the player, whereas cue sports naturally help to develop facets of the personality such as reflection, planning and being able to assess the most rational means of winning the game; all of which skills are readily transferable to numerous aspects of life.

Pool is thus a great means with which to develop a sense of calm in the individual and thanks to the now more widespread availability of pool tables online you can pick yourself up a table at a relatively low cost that will both serve to entertain your friends and family as well as help to develop worthy personality traits in youngsters.

Lucas Conner is a freelance writer with a particular interest in the psychological benefits of sports. If you are considering investing in a pool table then he recommends consulting with a company that sells pool tables online, such as http://www.pooltablesonline.co.uk , so as to obtain a competitive price.

Related Blogs:
The Game of Pool: A Pool of Interesting Facts!
How To Shoot Pool Like A Professional!

1 Response to The Sports Archives – Pool: The Sport Of Kings And Laymen!