Posted on April 11, 2013 by thesportsarchives

Supercross has started to become more of mainstream sport and has even developed a bit of a snowball effect in the past few years. Increasing fans can be credited to live coverage on local television stations along with a push from sponsors and companies to take the sport to the main stage.

A brief history of Supercross:

Long before supercross there was motocross, which involved men and off-road motorcycles competing in a set number of laps around a natural terrain track. In the beginning of motocross there were no man-made jumps as the motorcycles were not equipped with today’s high-tech suspension.

In 1972 Mike Goodwin created the first ever supercross to help bring motocross to the public. This race was held at the Los Angeles Coliseum and was won by Marty Tripes at the age of 16. Unlike motocross, supercross is held in large stadiums and allows spectators to gather to watch the entire race in front of them.

Today the AMA supercross series consist of 15 races making its way from coast to coast. It is the 2nd largest motorsport following NASCAR, and is expanding to other countries such as Australia. 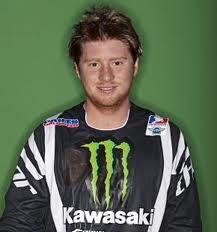 Every sporting event loves a comeback story. The comeback story of Ryan Villopoto starting in 2011 is one that is sure to be remembered for years to come.

In 2010, his second year of racing the premier class, Villopoto was in the lead and battling with Ryan Dungey when he came up short on a jump, bailed off the bike and broke his leg. It was a horrific crash that broke his tibia and fibula and required immediate surgery, removing him from the rest of the supercross season along with the outdoor circuit.

The 2011 season began with Villopoto coming out swinging and finishing 1st overall. He remained strong for the rest of the season until a bad night left the points leader out of the main event. This was the first time in over a decade that the series leader was unable to qualify for the main event.  Regrouping from the mishap at Jacksonville, Ryan was able to win the championship over Chad Reed by a margin of 4 points. He then went on to win that years outdoor motocross championship.

October of 2011 was the first ever Monster Energy Cup in Las Vegas where if a rider won all three motos they would walk away with 1 million dollars. Villopoto did just that aboard his Monster Energy Kawasaki.

In 2012, Ryan Villopoto again won the Supercross championship with a wide margin, but a mishap at Seattle left him out of the 2012 motocross series with a knee injury.

2013 is proving to be another great year for the Washington native as he currently sits atop the series standings with only four more races to go.

Ryan Villopoto will surely go into the records books as one of the greatest riders of all time.  At the young age of 24 this star is sure to win many more races.

Zack Smith is from Scottsville New York where he is actively involved in local motocross along with the action sports. He is the founder of Opticpulse and is dedicated to helping athletes find the right eyewear for every occasion. When not working he enjoys spending time with his family along with being active outdoors.

Related Blogs:
The Best Motocross Crashes – Ever!
Looking For A New Sport To Follow?