The Sports Archives – Best Moments Of The New Orleans Hornets!

Posted on February 26, 2013 by thesportsarchives 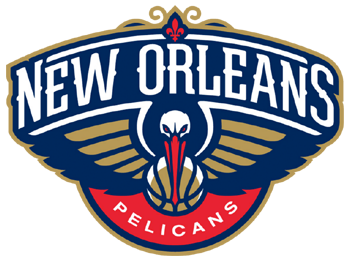 The New Orleans Hornets recently announced they will be changing their name to the Pelicans at the beginning of next season. Sports fans everywhere have critiqued the organization’s decision to change to the name of a bird that doesn’t necessarily stoke fear or enthusiasm.

As a pest control company, we are sad to see the retirement of the hornets mascot, as it was the last pest-related name in major pro sports in America. We thought we’d honor the Hornets by recounting some of the greatest moments in Charlotte/New Orleans Hornets history.

On this day, Commissioner David Stern called George Shinn, the teams original owner, to notify him that he was being awarded a team in the National Basketball Association. On November 4, 1988, the Hornets played their first game, which resulted in a loss to the Cleveland Cavaliers. On those two dates is where it all started.

Where Did The Hornet Name Come From?

Other names were being considered by Shinn during the process of naming his new franchise, but “hornets” eventually won after a fan-based contest picked the winner. The name comes from a statement made by the British commander Lord Cornwalis during the Revolutionary War when he said the city resembled a “nest of hornets”.

On December 23, 1988, the hornets beat the Chicago Bulls. The game was Michael Jordan‘s first return to Charlotte as a professional player, and the win was viewed as the franchise’s first marquee victory.

So Close, Yet So Far Away

In 1996, the Hornets drafted Kobe Bryant out of Lower Merion High School in Pennsylvania. He would only be a Hornet for a short while before being traded to the Los Angeles Lakers for Vlade Divac. Since then Bryant has led his team to five NBA championships, and become one of the greatest players in NBA history.

After much dispute, the team was relocated to New Orleans before the start of the 2002 season. The team remained as the Hornets, but the season marked a new era of basketball for the franchise.

In April of 2012, the franchise was sold to Tom Benson, who stated early on that the team would be making major changes both in player personnel and branding to better fit the characteristics of the New Orleans region. A few months later, the Hornets selected Anthony Davis with the #1 overall draft pick and Austin Rivers with the tenth pick, ushering in what hopes to be a new, bright era of New Orleans basketball.

True to his word, owner Tom Benson unveiled the teams new name, mascot and colors in a press conference in January of 2013. Starting in the 2013 season, the team will be known as the New Orleans Pelicans, named after Louisiana’s state bird, the Brown Pelican.

Steve Bitter is a Marketing Manager with Bulwark Exterminating, based in Mesa, AZ. Bulwark Exterminating is an industry leader in providing high quality pest control service. Bulwark is fully operational in seven states, including eleven major cities. While Bulwark provides pest extermination for common insects such as ants, roaches, crickets and spiders, the company’s differentiating specialty is scorpion control. Bulwark uses the finest and most effective products in the world to solve common pest problems.

Related Blogs:
The Pests Of The NBA!

1 Response to The Sports Archives – Best Moments Of The New Orleans Hornets!