The Sports Archives – 4 Things Everyone Should Know About WWE

Posted on September 6, 2017 by thesportsarchives 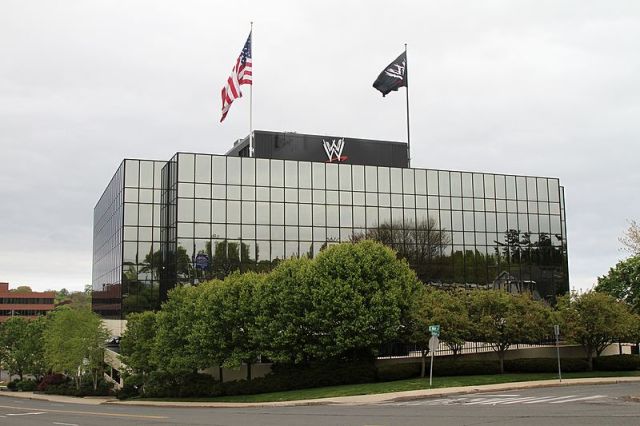 What comes to mind when you think of the WWE?

For the majority of non-WWE watchers, the answer is probably: “fake and rubbish”. WWE occupies a certain space in the national mind. It’s for people who don’t have anything better to do, people who still think it’s all real, people who somehow aren’t aware the ‘fights’ they are seeing are staged. It’s idiotic – why would anyone watch it?

Yet people do watch it, and they watch it in staggeringly high numbers. Every year, the annual Wrestlemania event attracts millions of people to their screens and hundreds of thousands into some of the biggest arenas in America. Are they all just delusional? Or do these viewers perhaps understand something that the general populace has got very wrong?

If you have ever been tempted to write off the world of “sports entertainment” or look down on those who enjoy it, then there’s a few realities that you need to know.

There might have been a time when fans of WWE genuinely thought what they were seeing was real – when they were children. There are few adult fans who have ever truly believed what they are seeing is a real reflection of the lives and arguments of the people in the ring.

What WWE fans do is what everyone does when they watch a superhero movie; they suspend reality. You don’t see anyone walking out of a Superman movie, moaning about how it’s not real. The same suspension of disbelief is what allows WWE fans to enjoy the product they are watching.

In fact, one of the worst things the WWE can do is appear to be “too real” – you will see scores of commenters lamenting times they have been jolted out of the suspension of disbelief. As with one famous example, the idea that it’s real is just that – an idea, something to enjoy, an escapism. But there’s no need to go telling WWE fans it’s not real; they’re well aware of that.

On a basic level, WWE and the form of wrestling it shows is basically barbarity; men hitting one another with chairs, heads being slammed in cinder blocks. There’s very little appetite among the general population for that kind of thing if it’s 100% real.

What there is an appetite for is to see how well the wrestlers can make it look like these things are happening. Then, WWE transforms almost into real-time special effects. How convincing can they make it? How good are the wrestlers at selling their pain, their match, the impact of what’s happening to them? It’s this ability that tends to distinguish good wrestlers from the bad. Bear in mind this is all happening in the moment, live; there’s no do-overs, no edits.

The fans who go to WWE shows, subscribe to the network, buy the merchandise – they’re just fans of a different kind of art to the general populace. That doesn’t make them wrong, or stupid; it just means they see value in something a little different. While a WWE match may be billed as versus – such as Triple H versus Seth Rollins, from the last Wrestlemania – a WWE fan understands this is a misnomer. It’s actually more like: Triple H and Seth Rollins, working together to put on a spectacle. When fans start evaluating matches in this way, there’s a new kind of enjoyment to be found.

With all of the above acknowledged, it would be false to say that the WWE is entirely fake. In fact, wrestlers can and do get badly hurt – even when the things they are trying to do go right. When things go wrong, the potential for very serious injury is very real indeed. Wrestlers have to have a high pain tolerance to perform the stunts that they are required to do.

When you jump off the top of a ladder, then it’s going to hurt. When you’re sent crashing through a table – even if that table is rigged to break easily – then it’s going to hurt. There’s always going to be this element to wrestling as entertainment, so to dismiss it as unathletic and “not a real sport” is truly unfair to the men and women who choose this as their occupation. There’s a lot of athletics involved, as well as almost gymnastic capabilities; one of the most common moves, a moonsault, takes a lot of strength and ability to perform.

So while the outcome may be determined and the big stunts are coordinated, there’s a huge element of WWE wrestling that is very far from “fake”.

WWE has often been described as “soap opera for men”, which is a pretty fitting way of looking at it. The WWE is ridiculous, over-the-top, incredibly silly, sophomoric and childish – but it’s meant to be. The WWE doesn’t take itself seriously; misunderstanding this fact is something many non-fans are guilty of.

For example, in 2006, D-Generation X reunited for the first time in nearly a decade. Shawn Michaels and Triple H spent months making bad jokes, impersonating other characters on the show, and generally being childish. This was entirely the intention; they even wanted people to laugh at their “Dad humor”. To a non-fan, they might tune in, see this, and think the WWE is terrible for making stars of such idiots – but that’s because they’d entirely be missing the point.

So yes, the storylines are ridiculous; the characters are like comic book heroes come to life – but the athleticism, ability, and acting is all very real. Appreciating WWE requires a willingness to suspend disbelief, to indulge in the sillier side of life. It might not be something you personally can enjoy, but hopefully the above should help you understand a little better the next time someone in your life confesses to enjoying it.