The Sports Archives – 3 Sports That Nobody Seems to Talk About

Most sport fans have a plethora of favorite sporting activities – baseball, football, soccer, hockey, basketball, and even professional auto racing are among the most popular in the United States. On the other end of the spectrum, some sports are fairly underappreciated in the public eye, getting markedly less recognition and/or support from the community. The negligence that seems to follow these activities (especially in national sporting powerhouses like America) is often untraceable; as is the relationship between American Football and many European nations, it may simply be that people would rather watch – and play – something else. Sadly, public preference has crippled the popularity and coverage that many sports used to get. This newfound apathy could have surfaced for multiple reasons – perhaps the opinion of previous target audiences has changed, or influential media has declared the sport too unsafe. In any case, the only way the public is going to start talking about these washed-out sports is if they are motivated to do so. Here are 3 sports that no one seems to talk about today, even though there is a pretty good argument that they should be…

Whether they’ve long since past their days as a popular competitive sport, or simply never picked up traction with the masses to begin with, these 3 sports are currently experiencing a period of modest negligence – their communities are recessive and small, and the professionals that participate in each are gaining less recognition as the sport’s following diminishes. Bowling, handball, and curling, along with sports suffering a similar fate, are sadly analogous to an outmoded online video game that has lost the ability to generate player interest. There is still, however, the possibility of a public resurrection for some of these unique, esoteric sports. The community’s power in reviving competitive discussion of these activities is not to be underestimated. 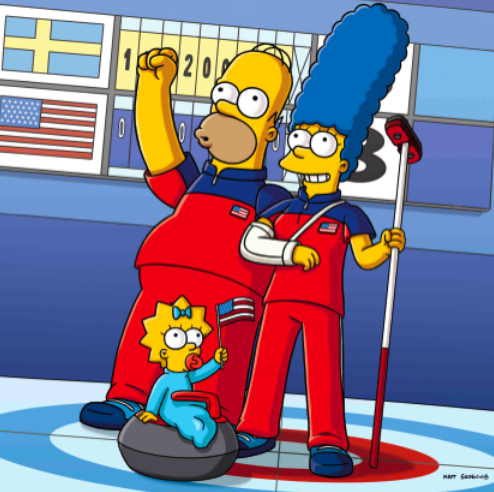 One thing is certain; pop culture always has, and shall continue to have, a persevering influence on public attention. A portion of curling’s popularity, however negligible, can be attributed to renowned comedy TV shows like The Simpsons.