The Sports Archives – The English Game: An Eternally Tasteless Affair?

Posted on June 27, 2012 by thesportsarchives 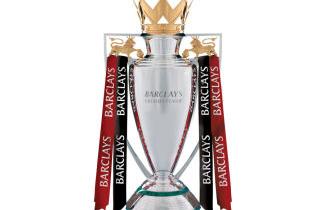 Modern football isn’t really associated with taste and reserve. A lot is made out of the fact that footballers earn obscene amounts of cash – far more than seems in any way tasteful even taking into account the fact that the game is worth so much in terms of entertainment. The fact that the latest Premier League rights deal broke the £3billion barrier is evidence to the lucrative nature of the sport, but that’s no excuse for it being sheer ostentatious.

Premier League footballers are particularly given to the ostentatious. They rarely demonstrate a sense of taste and style when shopping for homes, second homes, third homes, cars, engagement rings, holidays or anything else that gives them the opportunity to make use of their wealth. When money is no object, there isn’t necessarily anything to temper a natural proclivity towards bling and that’s partly to blame for the lack of class and sophistication in the current sporting set.

However, the ostentatious streak is actually something that is evident in so many parts of the game above and beyond its stars. The Premier League trophy has to be one of the most unsightly and tasteless cups in history. Admittedly, the La Liga trophy isn’t much better so the lack of taste is not limited to England, but you’d have to say the SPL trophy is much more original and sophisticated, and tellingly the SPL is hardly renowned for its financial clout.

The pomp and ceremony surrounding British sporting events often runs massively over budget and ends up looking tacky and tasteless and football reporting has become a swathe of column inches devoted to speculation, downright invention and shallow journalism that has more in common with the gossip pages of the glossies than with serious and considered comment. It makes you wonder – how can something worth so much money give the impression of being so incredibly cheap?

It would be nice to think that English football could turn a new leaf – one based on the sport and the integrity of competition rather than on big business and cheap spectacle. It would be nice to think we could see a collection of talented and admirable individuals competing for a stylish and tasteful trophy in a sophisticated environment delivered as entertainment in a refined and engaging manner.

It would be nice to think that football didn’t have to be subject to a gimcrack front in order to keep us interested. Perhaps you disagree and you love the ostentation or interpret it as something totally different – some sort of prestige or standing. In any case, we’d love to know what you think.

1 Response to The Sports Archives – The English Game: An Eternally Tasteless Affair?