The Sports Archives – Can Roy Hodgson win the Euros with England? 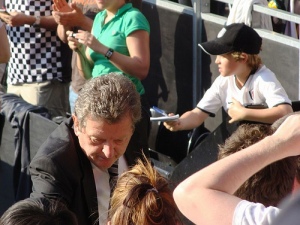 New England manager Roy Hodgson has announced his 23 man England squad on Wednesday 16th May. The squad will represent the first major test of Hodgson’s new position, and follows already significant media scrutiny since the West Bromwich Albion manager took over the role last month. Aside from The Sun’s front page attacks on Hodgson’s diction, there has been little enthusiasm for an experienced manager who seems to have accepted something of a poisoned chalice from his predecessor Fabio Capello as he goes into Euro 2012.

While Hodgson has a long-term contract that will make qualification for the 2014 World Cup in Brazil a priority, the pressure remains on Hodgson to pull together a side for next month’s tournament in the Ukraine and Poland. Some of Hodgson’s key problems for taking on the tournament include a lack of time, an unsettled squad, and competition. 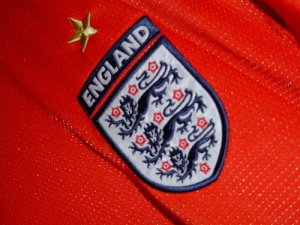 Hodgson now has less than a month to meet up with his squad for a training camp in Spain, before playing warm-up games against Norway and Belgium on May 26th and June 2nd, before a first game against France on Jun 11th. In that time, Hodgson will have to work out his best first eleven, and try to make an impact on a group of players that went through qualification under Capello. Hodgson’s success at Fulham and West Brom with zonal marking and solid, workmanlike teams tends to take at least six months of hard work on the training field, and it is unlikely that his first tournament will give him the opportunity to mould England into his preferred style.

Hodgson also faces the challenge of whether to rely on experience, if not energy, or blood a number of in form and younger Premiership players. Reliance on John Terry and Rio Ferdinand may create a lack of pace at the back for England, regardless of the players’ personal problems. Hodgson also has to wait to see whether he can rely on a fit Scott Parker to add stability to a midfield where Gerrard and Lampard might not be able to provide the power England will need across a tournament. Moreover, with Wayne Rooney suspended for the first few games, Hodgson will be more likely to turn to the aerial threat of Peter Crouch or Andy Carroll against France, Sweden and the Ukraine. A risk could be taken on in form strikers like Grant Holt, as well as young players like Alex Oxlade-Chamberlain, particularly with Chris Smalling and Jack Wilshere already ruled out.

England’s chances of winning Euro 2012 look slim in this context compared to a rejuvenated France, who under Laurent Blanc have managed to overcome the infighting that saw them exist the 2010 World Cup. The recent defeat by France at Wembley will also be present in Hodgson’s minds. Sweden and co host Ukraine should, in theory, be beatable, but England shouldn’t expect any easy games. If England do get through the group stage, they will then have to weigh up whether they can overcome sides like Spain, Germany and Holland, all of which go into the tournament with much stronger momentum and squads.

It would be unfair to write off England’s chances though. Hodgson has significant international experience, having managed Switzerland the 1994 and 1996 World Cups and European Championships. He know how to make a side robust in big games, although his lack of top flight success in the Champions League will count against him. At best, fans can hope that Hodgson can provide a calming influence on the squad, and can repeat his strengths at getting the most out of players when the odds are stacked against them. This week’s squad announcement and the lineups for the Norway and Belgium will give a clearer indication over whether Hodgson will opt for caution, or experiment with England’s style.

Habs works with live sport on tv, the definitive sports TV guide. Get the latest TV listings for over 35 different sports.

1 Response to The Sports Archives – Can Roy Hodgson win the Euros with England?