The Sports Archives – Tennis Has A Financial Inequality Issue

Posted on March 23, 2012 by thesportsarchives

The wealth gap in mens tennis continues to widen according to a recent study by USA Today, which claims that the last 3 years have witnessed the widest gap between the players at the pinnacle of the sport and the rest since the inception of the tour. 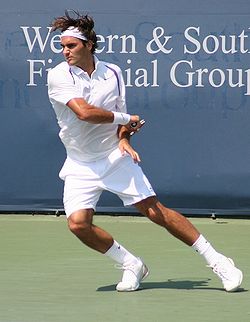 The past five years have been almost entirely dominated by 3 players Roger Federer, Rafael Nadal and Novak Djokovic. Their level of performance has been so high that they have averaged almost 25% of the total annual tournament prize money between them. The only other time any 3 players broke the 20% barrier was in 2006, with A-Rod taking Djokovic’s place alongside Roger and Rafa.

The top 3 players have won 11 of the last 12 majors, with only Juan Martin del Potro managing to break the stranglehold back in 2009. The Masters 1000 events have also largely been dominated by the same trio, claiming $$ 18 of the last 28. If you include the final member of the big 4, Andy Murray, the gap becomes even more significant.

There are a couple of other elements outside of their dominance which are contributing to the problem. One which has a significant impact on those ranked outside the top 50 is the lack of growth of many Challenger tour events. These are the standard hunting ground for the lower ranked guys and they have failed to keep pace with the bigger main tour events.

The other contributing factor is the way prize money is distributed, with those reaching the later rounds given a disproportionate share of the spoils. The BNP Paribas Open event in Indian Wells has highlighted this issue recently, with the winner earning double ($500,000 more) than the runner-up.

There has been controversy over finances for most of the year, and it began in Australia with players questioning the amount of revenue at grand slams which is offered as prize money. Slams currently put up around 12% of their revenue as the pot, while standard ATP events offer closer to 30%. A strike was discussed, and could be revisited in the not too distant future.

The situation has been described as a civil war by a former world number one, who has called on everyone involved in the sport to put personal interests aside to find the best solution for the majority.

Some would say that the top guys deserve more of the money as they are usually the main attraction for fans and sponsors. Others say that without opponents for them to play there would be no tour, and so everyone deserves a fair chance to earn a living.