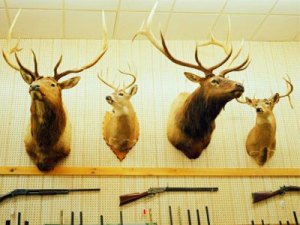 In modern society, the validity and relevance of hunting, particularly for recreation or sport, is constantly questioned. Will changing times see it outlawed entirely, or will it endure as a testimony to human history?

Certainly not the least controversial sporting practice among humans, trophy hunting or hunting for sport is commonly defined as the stalking, trapping, and/or killing of wildlife by humans. It typically encompasses any predatory behaviors exhibited by humans towards wild animals and can be found in a variety of regions and environments. In the United States, sport hunting is regulated quite extensively by federal law, in the interest of properly protecting delicate species and habitats in the environment. These regulations and requirements tend to make game hunting fairly complicated, and the sport is complicated further by environmental and climate conditions. As a result, understanding the regulations and rules that accompany hunting is a key component of participating.

Unanimous Regulations? Not so much… 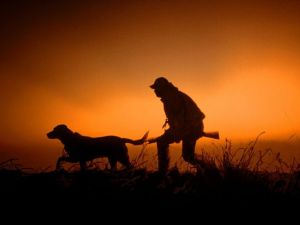 Some hunters allow dogs to accompany them. Like any element of sport hunting, state law can be very strict and specific in regards to when dogs are permitted on a hunt, a fact that is, perhaps, frequently overlooked.

The rules and regulations that accompany sport hunting in the United States are exceptionally restrictive and difficult to narrow down. The fine details can vary from state to state, which makes knowing what is and isn’t allowed more of a ‘chore’ than with other sports. Some examples of the state rules include Oklahoma’s prohibition on computer-assisted hunting (the usage of software or remote firing mechanisms) and Arkansas’ law against “spotlighting” from a public urban location, with an exception when hunting bullfrogs or furbearers. As can be clearly seen from these 2 rules alone, the full content of a state’s hunting guide not only covers regional laws rather extensively, each also has room for variation.

Unfortunately, not every rule and law can be included here, but a firm understanding of those specific to one’s state is critical for any aspiring hunter. Fortunately, nearly all state hunting handbooks and guides can be found with a single web search. While federal regulation is still a burden in many areas, it is effective in making important information available online.

While the specifics of each state’s hunting season are about as unique as the aforementioned regulations, the general concept of “hunting season” is cumulative. Not to be confused with seasons pertaining to climate or weather, hunting season is a period of the year in which the state makes it publically legal to hunt a specific species of animal. By extension, there exists the “open season” and “closed season”, respectively.

An open season, as one may expect, is a period where species hunting is allowed per state conservation law. The role of hunters is thereby to (lawfully and with reasonable discretion) partake in the season. A role less discussed but of unequivocal importance is that of each state’s fish and wildlife agencies, which must act as moderators to ensure the local environment and ecosystems remain intact. Open seasons are generally projected in advance and, as common sense would dictate, are projected during periods of maximum species’ population density. 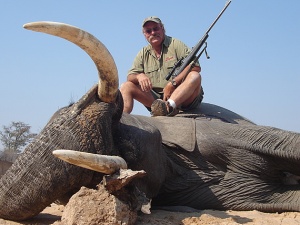 Sometimes, hunting, particularly sport or trophy hunting, can get out of hand and threaten an entire animal species. Hunting is not inconsequential! Regulation and discretion on the part of humanity is crucial.

A closed season, contrarily, is a time period in which hunting of a particular species is explicitly illegal. Closed seasons are instituted to protect vulnerable species or to halt destabilization of local ecological regions. Hunting a species during a closed season on that species is recognized as illegal hunting or, in other words, poaching. Knowledge of local species’ season schedules is tantamount to legal, tidy sport hunting practices.