Posted on April 16, 2011 by thesportsarchives

When are the Stanley Cup finals NOT the greatest show on Earth?  The 1950 New York Rangers would answer:  “When the circus comes to town”.  The Rangers lost their home ice at Madison Square Garden during the 1950 Stanley Cup playoffs to a bunch of clowns (no, not the Harlem Globetrotters)!   Because the Garden had booked the circus, the Rangers had to move their home games to Maple Leaf Gardens in Toronto.

In 1950, 6 NHL teams squared off for the coveted trophy.  The original six were the Detroit Red Wings, Montreal Canadiens, Toronto Maple Leafs, New York Rangers, Boston Bruins and Chicago Black Hawks.  Four of the 6 teams would make the playoffs, so your odds were very good that you would move ahead.  The Rangers lost the Stanley Cup finals to the Detroit Red Wings 4-3 after beating the Canadiens in 5.  They came into the playoffs with a losing record.

In 1950, fans welcomed a change in ice color surface as the NHL added white paint to water before freezing.  This changed the color from concrete gray to white so the puck could be picked up better by players, fans and especially TV.

Also in 1950, NHL president Clarence Campbell fined Chicago coach Charlie Conacher $200 for punching a sports writer after his team was routed 9 to 2.  He also made Canadiens Ken Reardon post a $1000 bond to ensure that he didn’t carry out a retribution threat against Cal Gardner.  Reardon was refunded the money when he did not make good on his threat!  Today, the equivalent would probably be a suspension and a hefty fine. 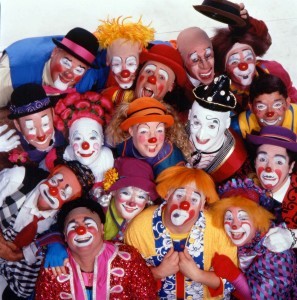